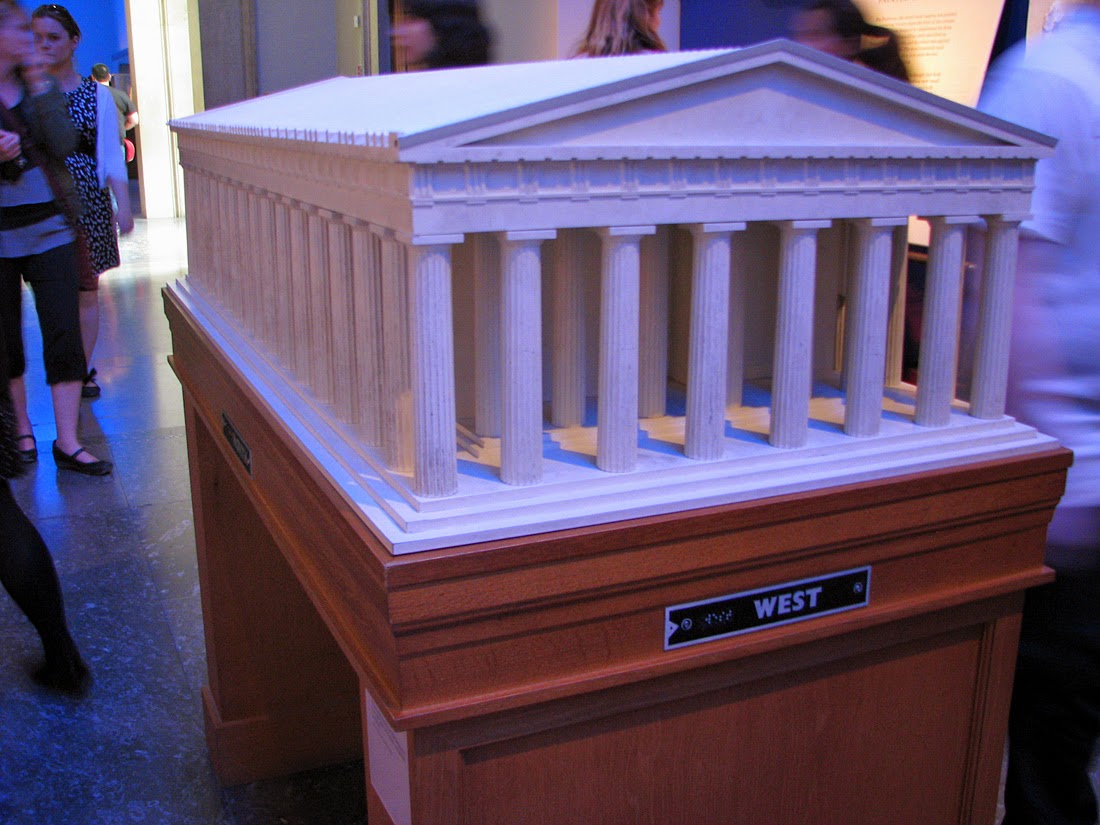 The Parthenon is probably the most highly regarded building from an architecture perspective of all time. It is considered the epitome of great design and construction - for good reason. Here is a model, located in the British Museum, of it's original appearance. 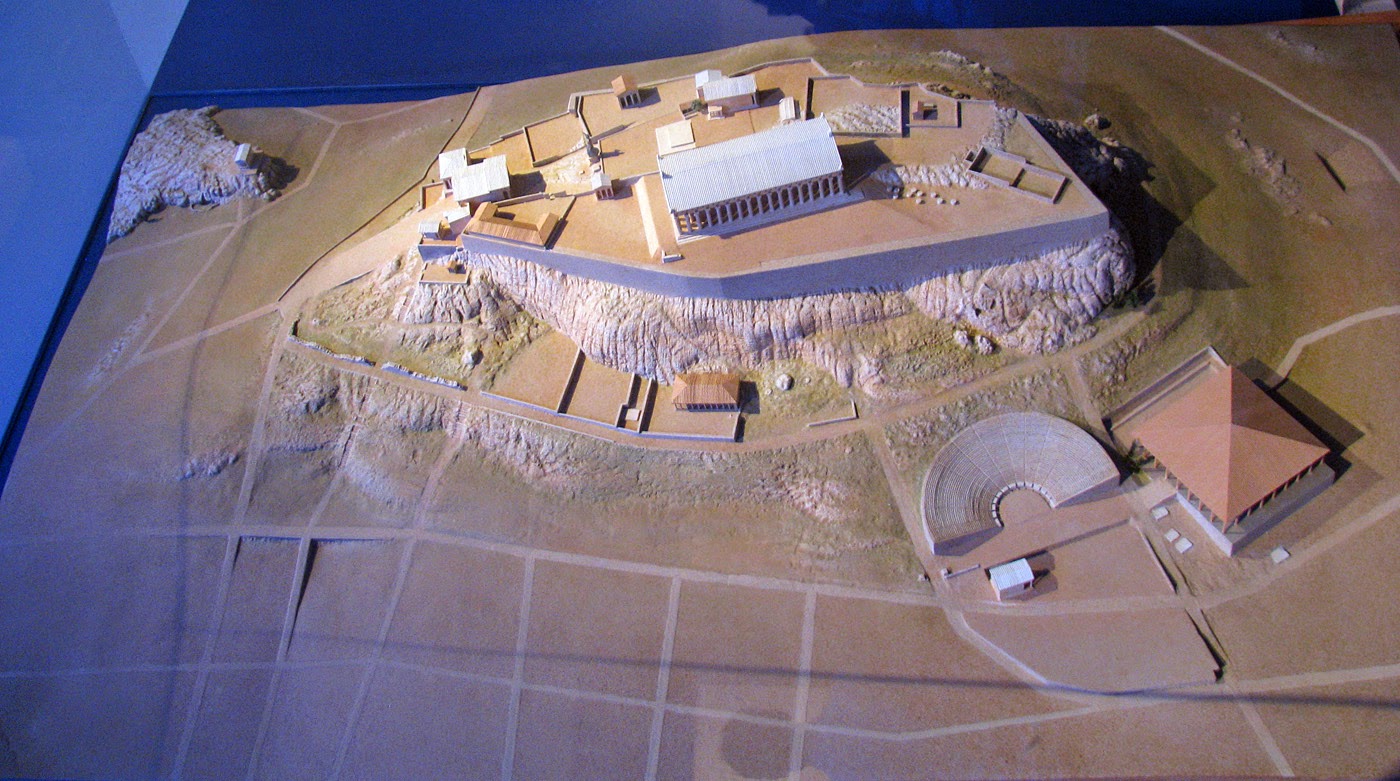 The Parthenon is located high atop Athens in an area known as the Acropolis. Parthenon construction began in 447 BC and completed in 438 BC - nine years. Decorations were added for another six years after that. 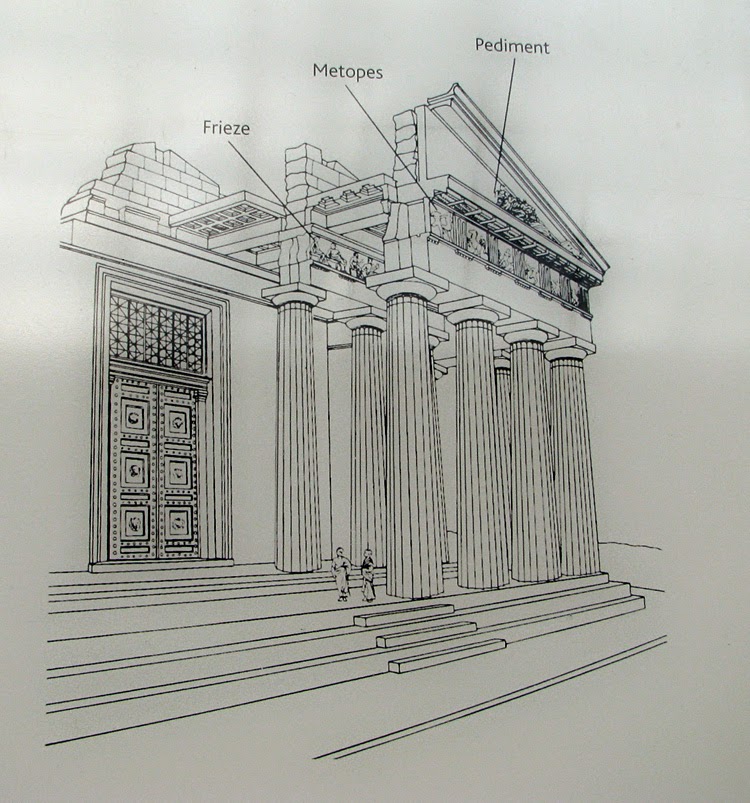 We'll be going through parts of the Parthenon, mostly the friezes, metopes and pediments. To help you understand where they were on the building, here is a photo. 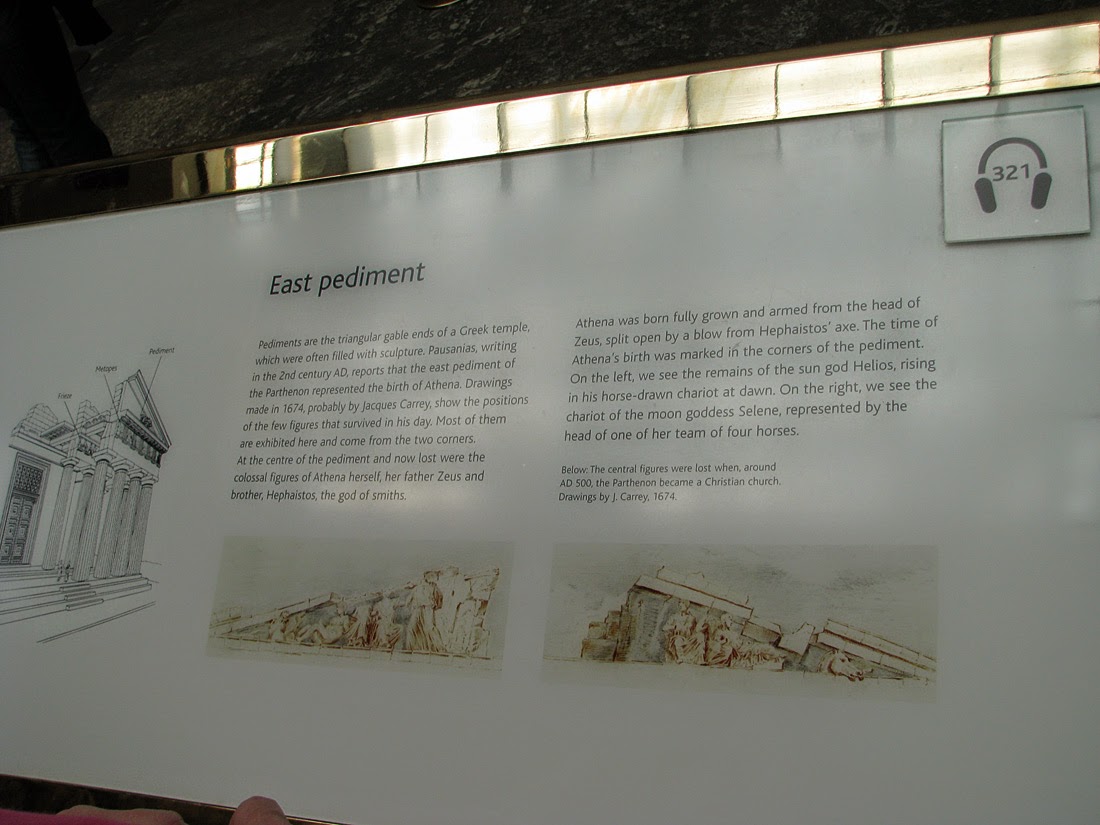 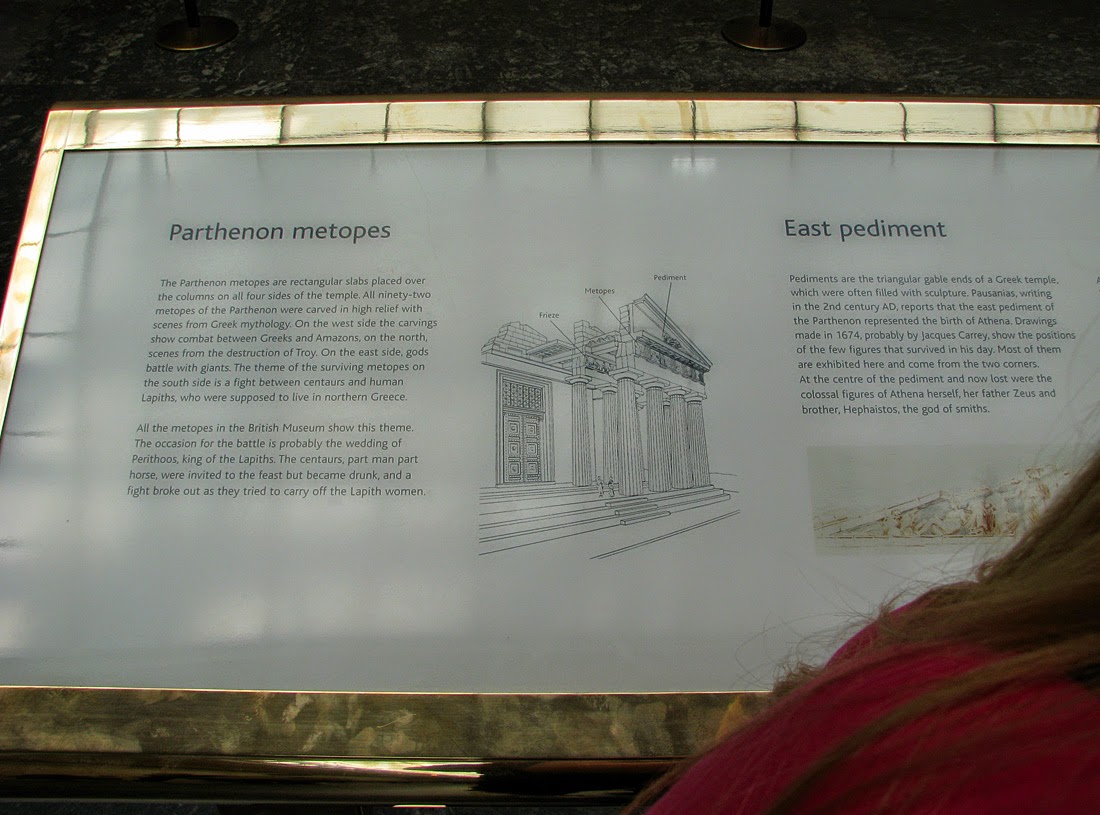 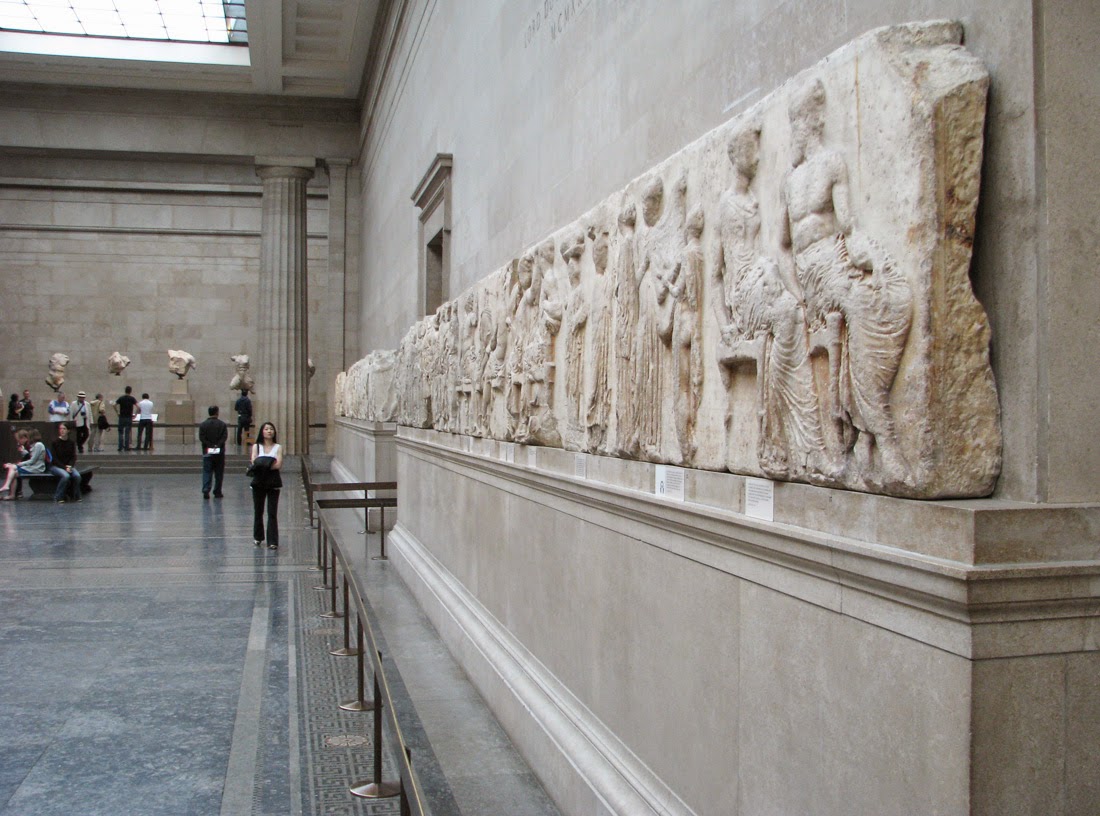 A great deal of the original friezes are located within the British Museum, as shown here.

Along two walls are hundreds of feet of Parthenon friezes. 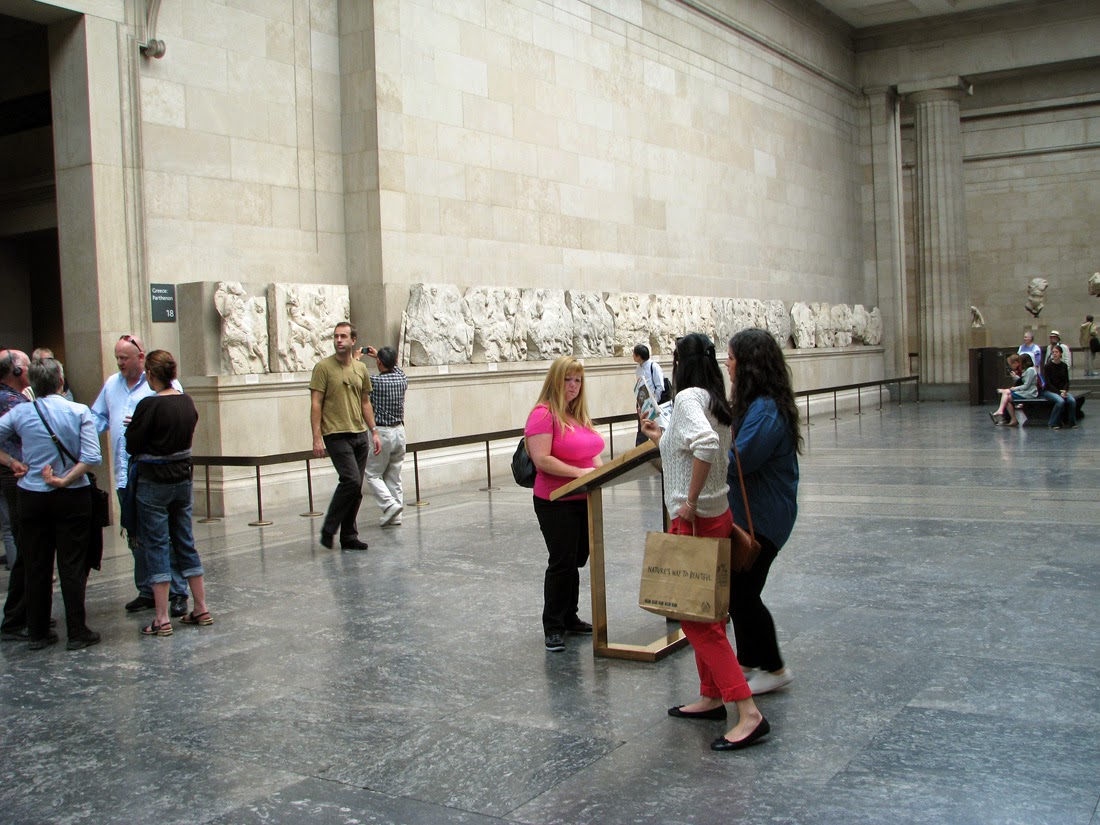 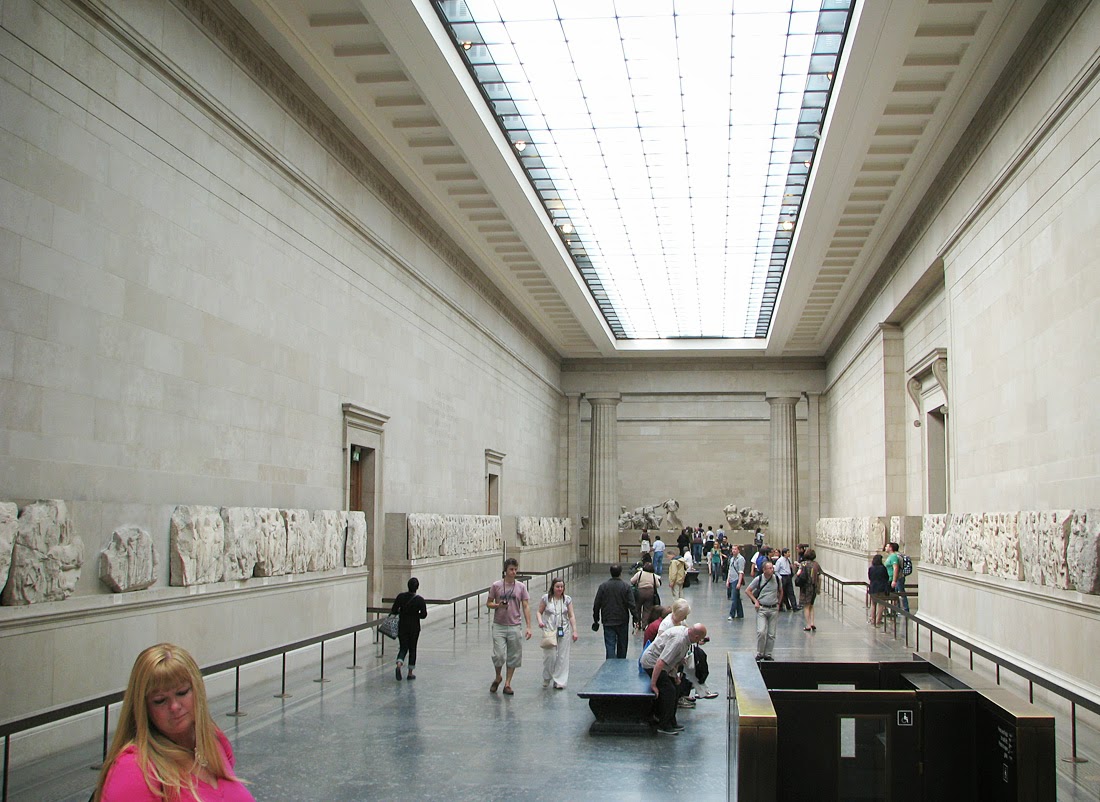 This looks down toward the statues from the
east pediment at the very end. 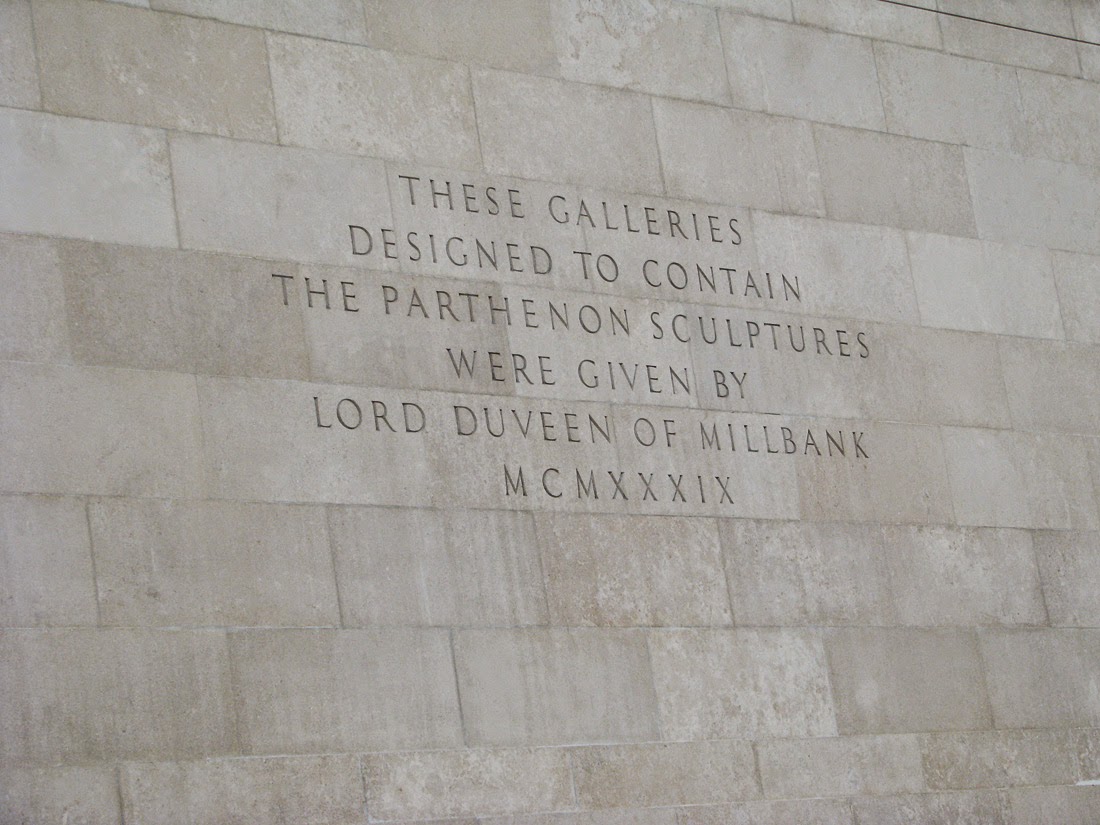 These sculptures are beautifully displayed in a building custom-made for their display. Excellent job, UK.


There are many side exhibits discussing the Parthenon as well. 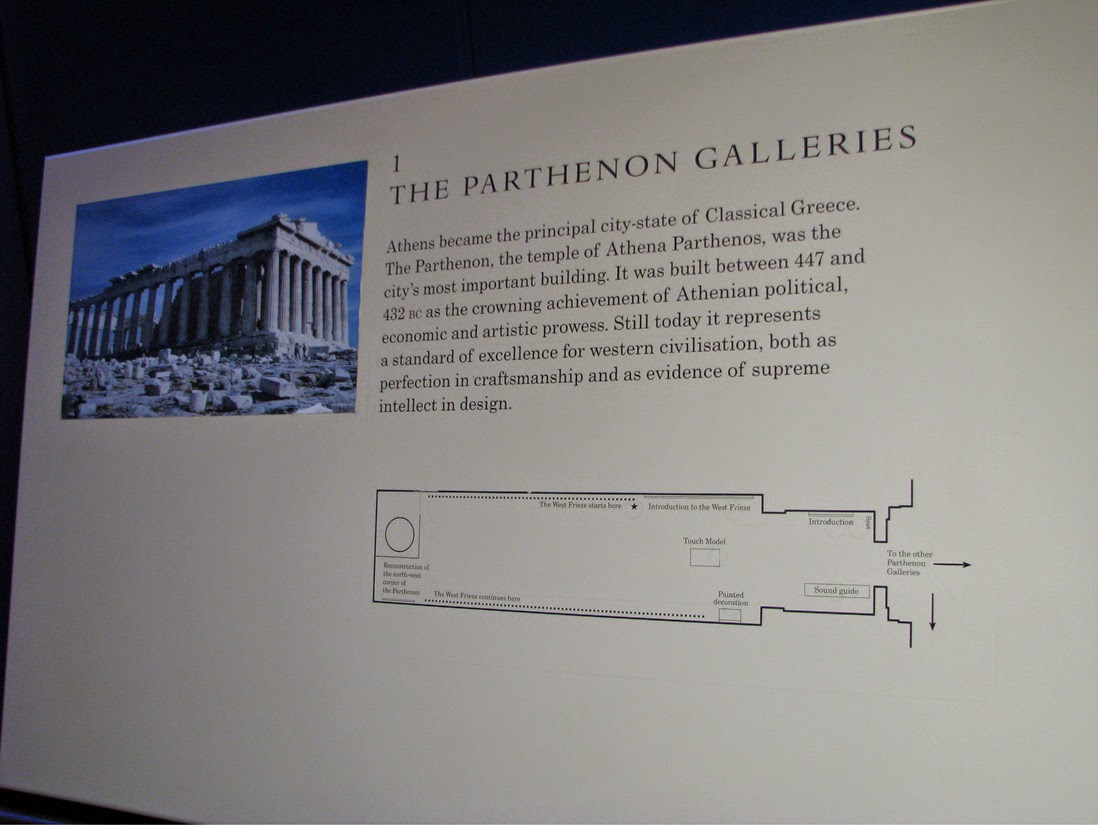 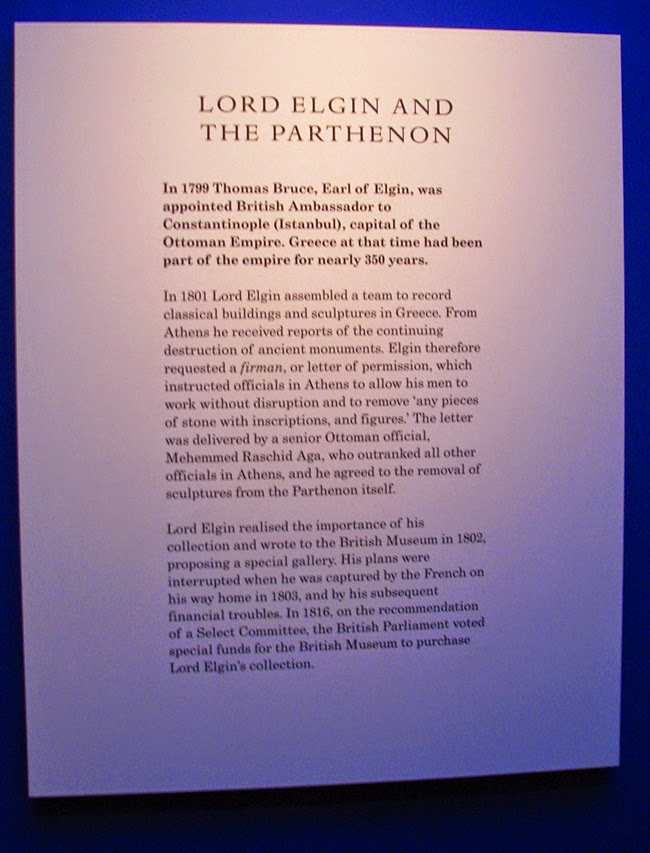 Now for the aspect that has been under dispute for about 200 years. These sculptures came to England via Lord Elgin in 1812, who aghast at the destruction that was being done to the Parthenon, received permission to remove them from the Greece. What is under dispute is whether that permission was gained through appropriate channels and processes. 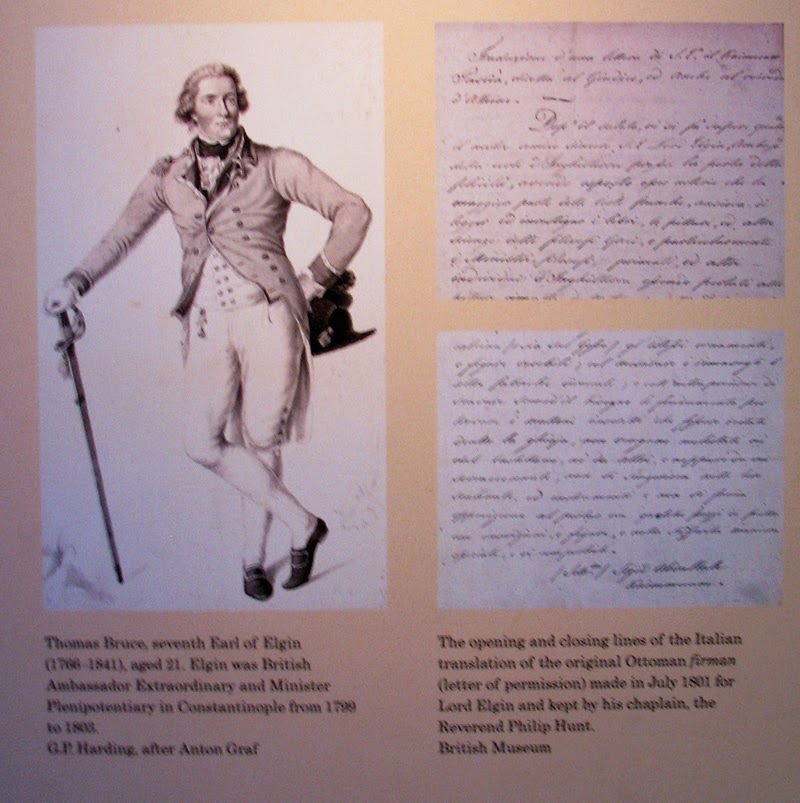 It should also be noted that, upon returning to England with the sculptures, Elgin attempted to

sell the sculptures to the British Museum in 1811, but there was little interest and quite a bit of debate about whether their acquisition was proper. Five years later in 1816, the House of Commons offered to buy them. Whether or not the removal from Greece was proper (not my decision to make), it is hard to disagree with the fact that they are much better preserved as a result. 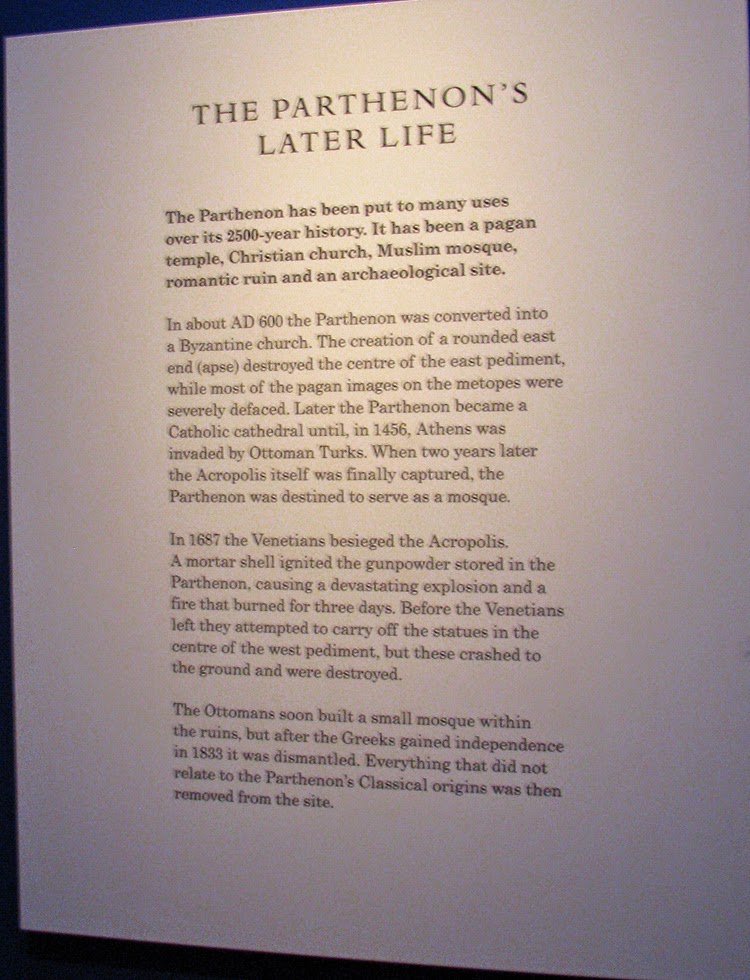 Here is a brief description of how the Parthenon was used/treated over the years.
Posted by J at 10:26 AM