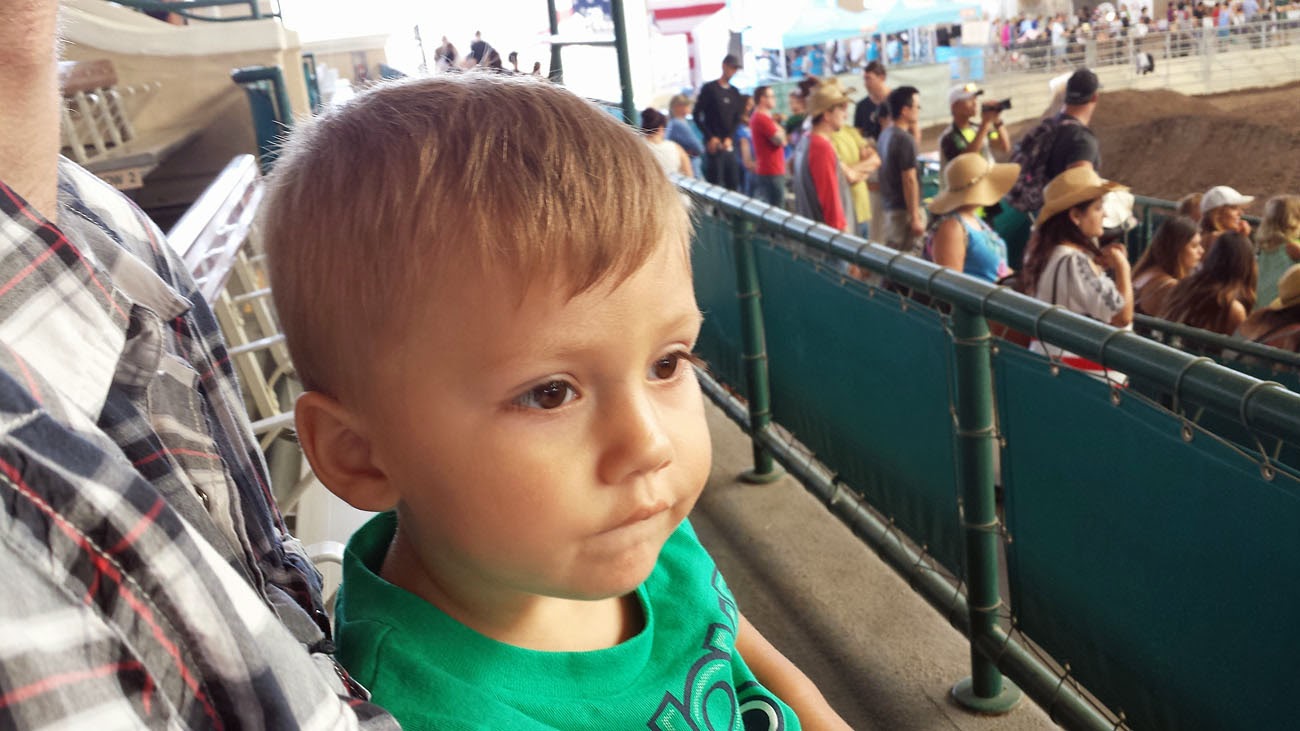 We took the boys to the Del Mar Fair for the first time this year.  It opened yesterday for a one month run, we happened to have nothing to do today, so we went!  By coincidence they were having dirt bike races today and it was just inside the gate, so it is the first thing we ran into.  Here is Teo trying to get his bearings. 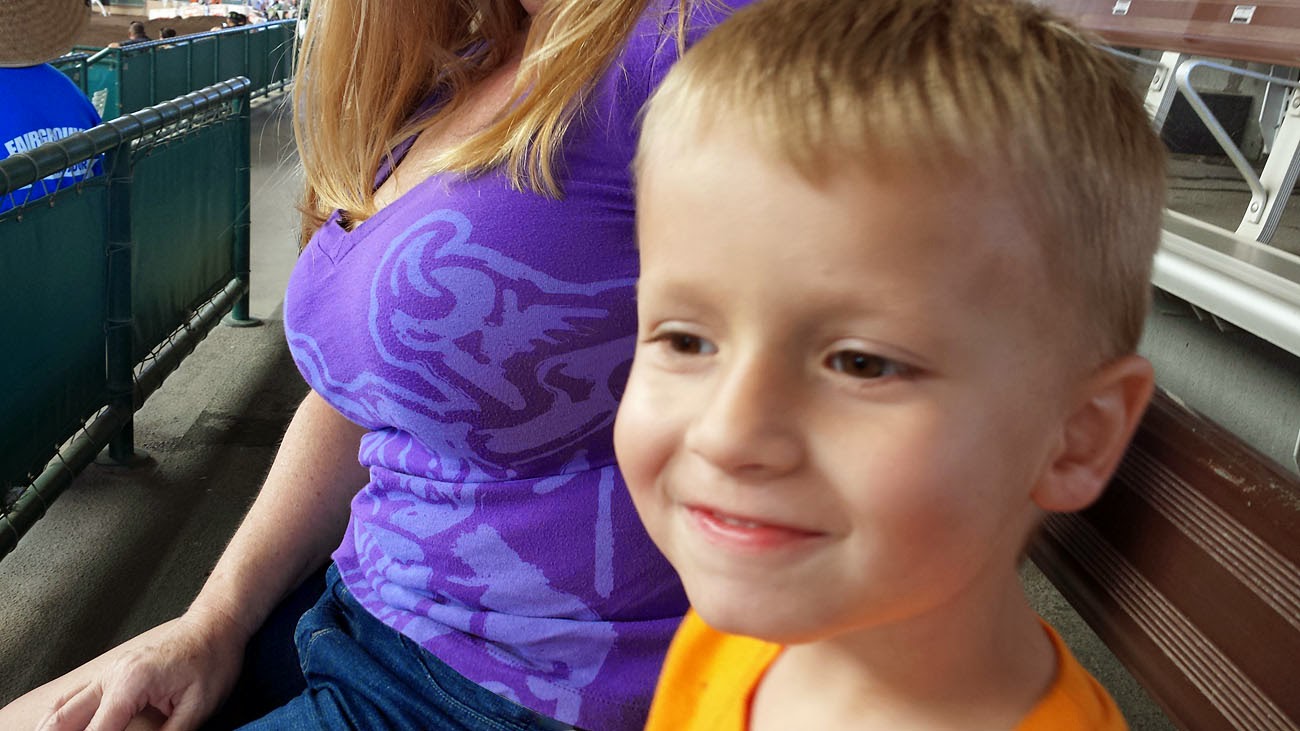 Troy is just beaming - the racers were doing some pretty amazing jumps on the back side of the track,  he got a kick out of that. 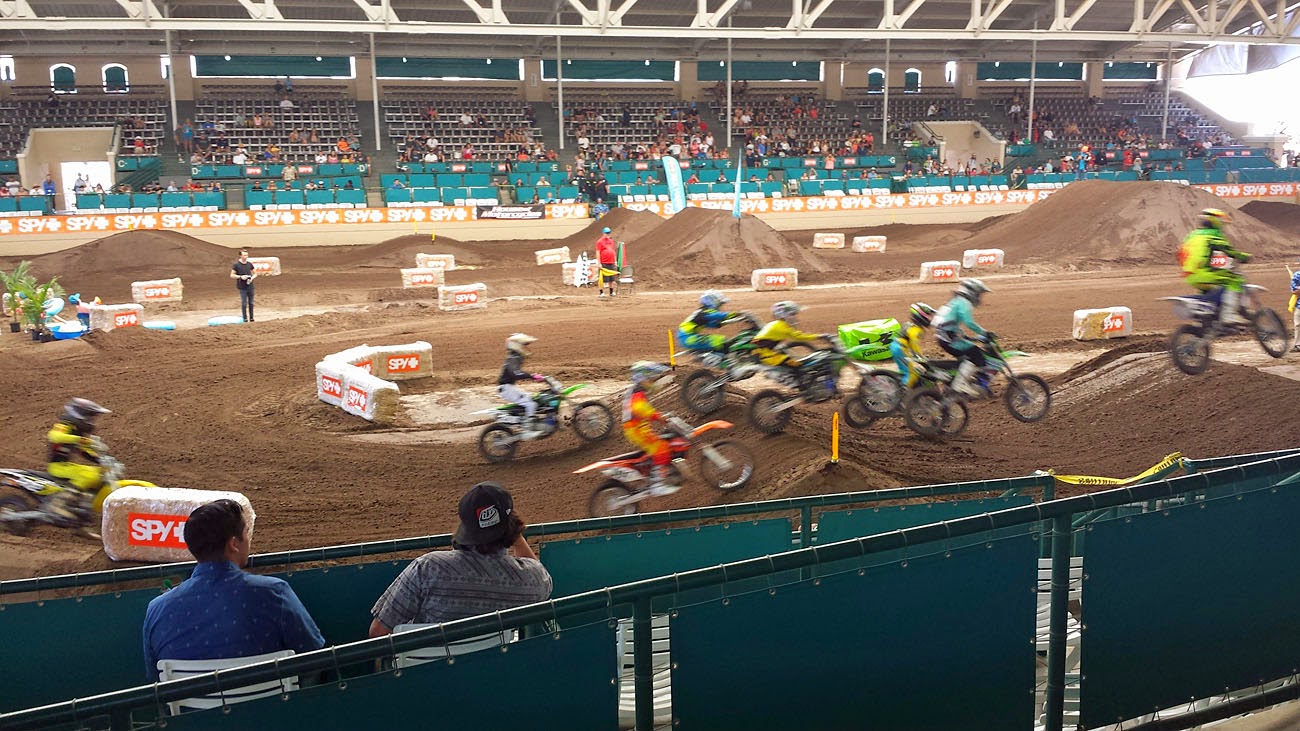 A glimpse of the action.  This was apparently the junior class as the bikes and riders became bigger and bigger with each race. 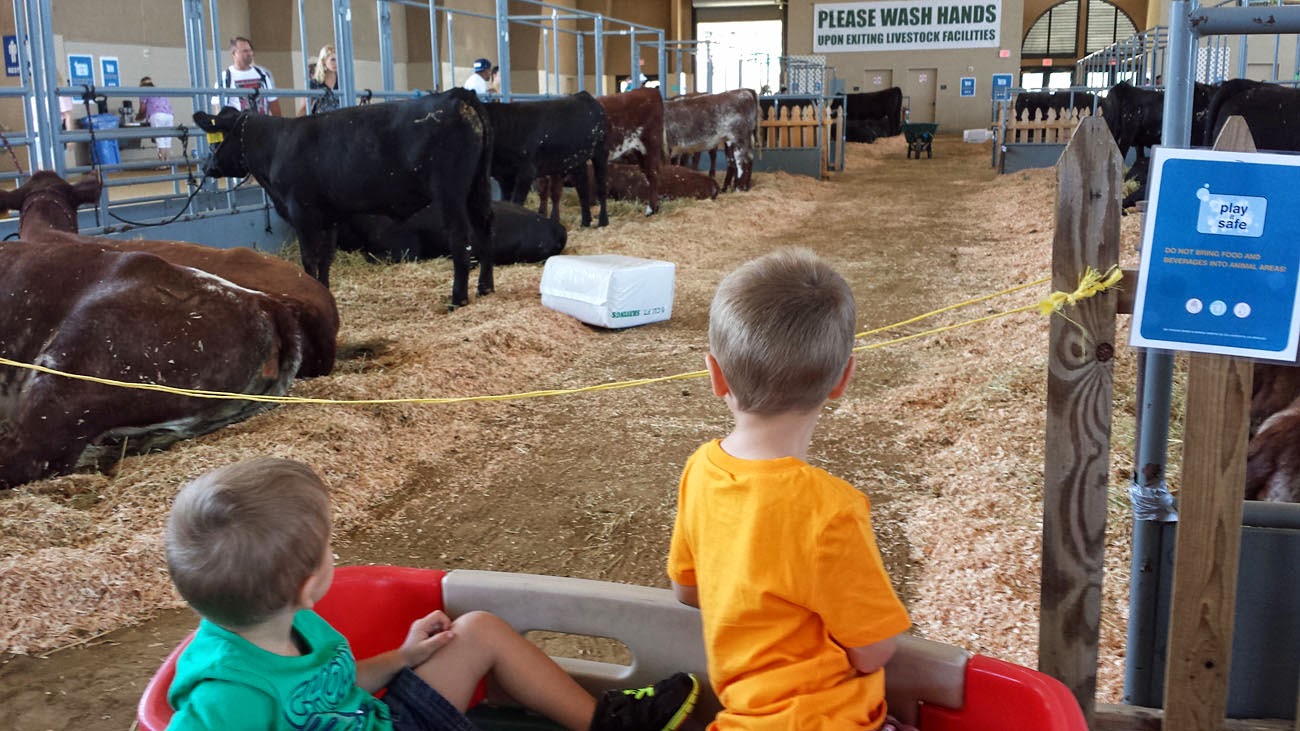 The boys taking a look at the cows. 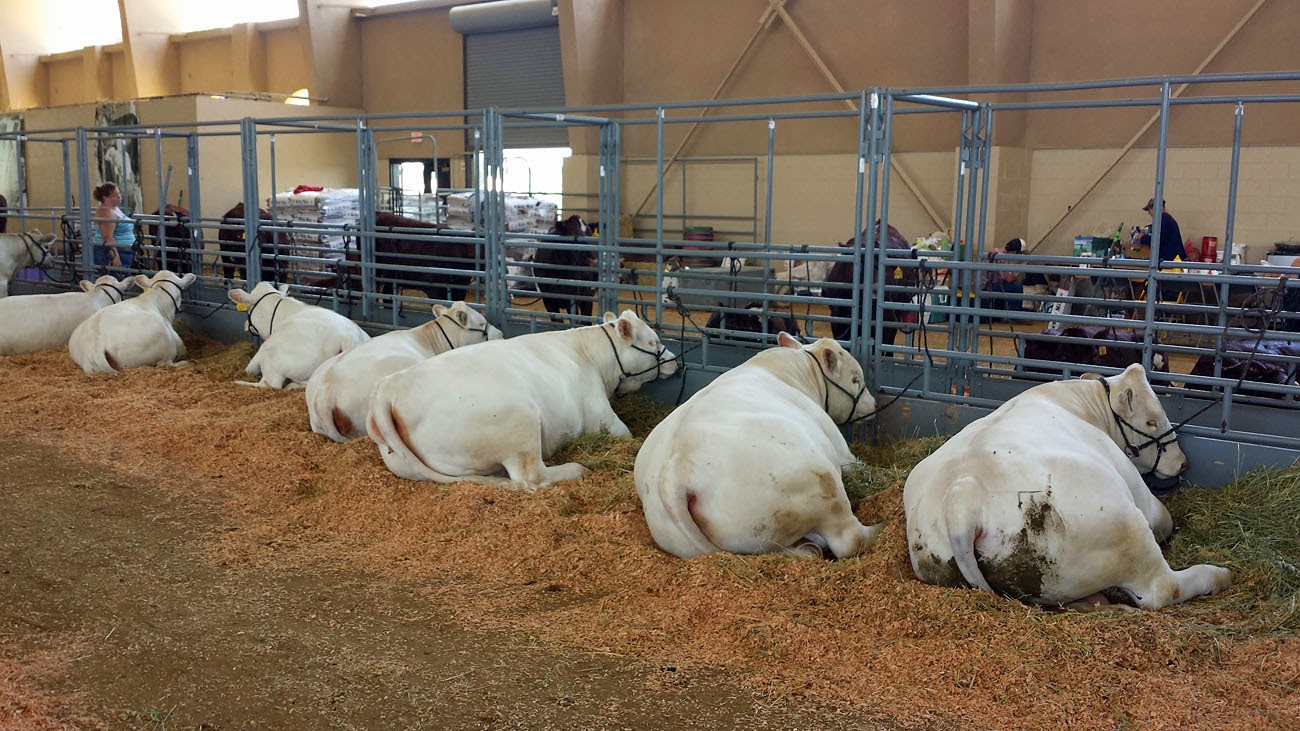 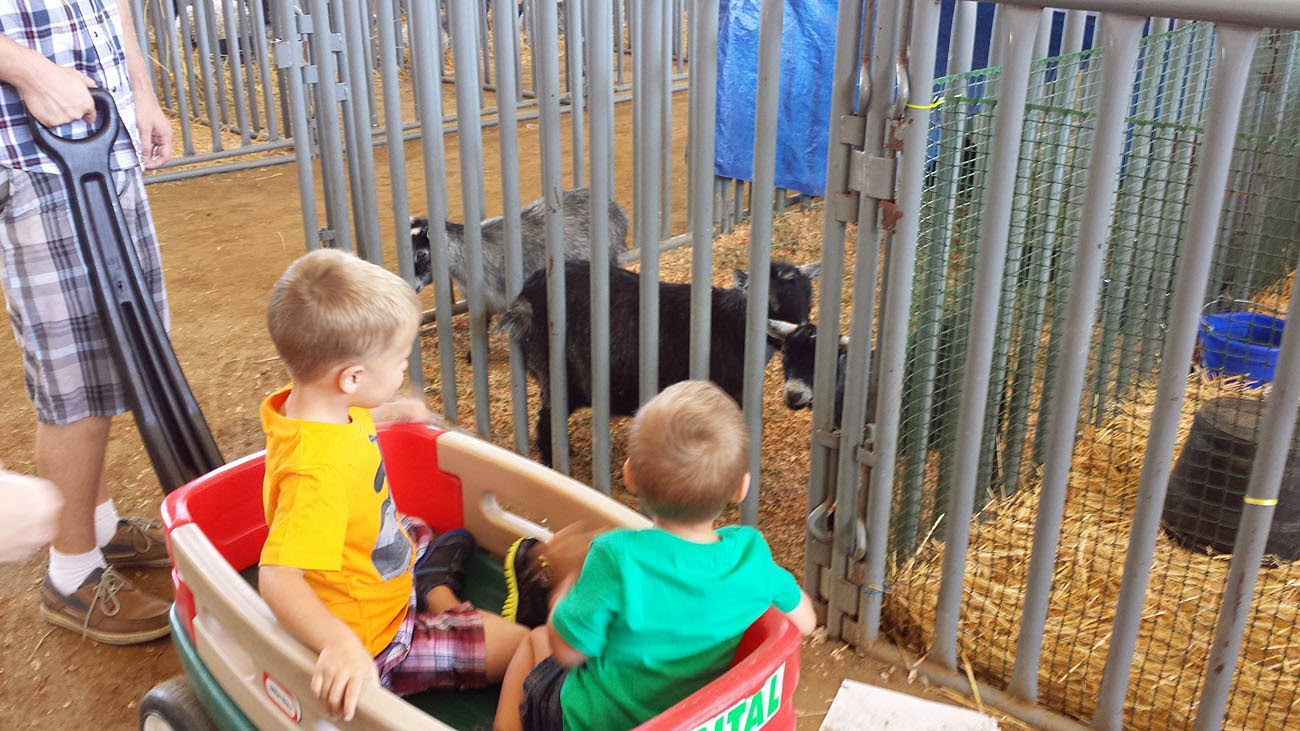 This baby goat has his head through the bars until our wagon approached.  He quickly pulled his head in,  and he and the boys eyed each other warily. 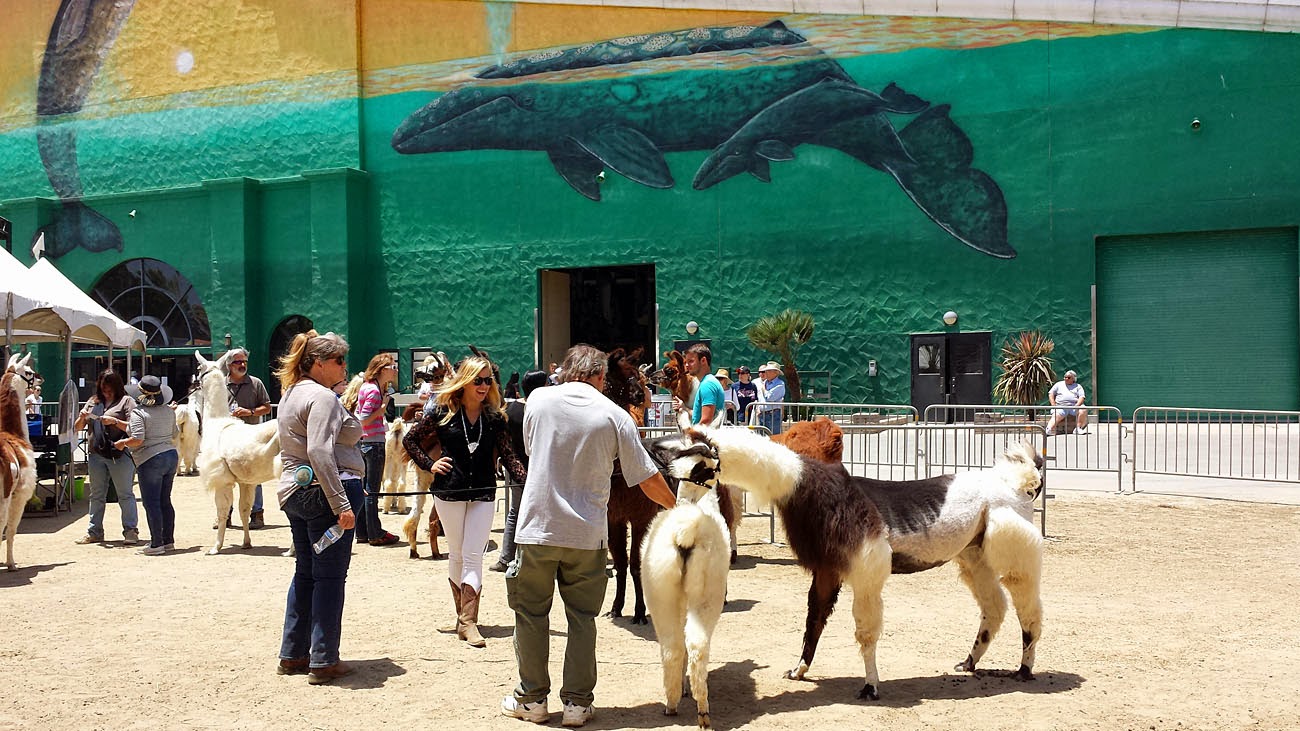 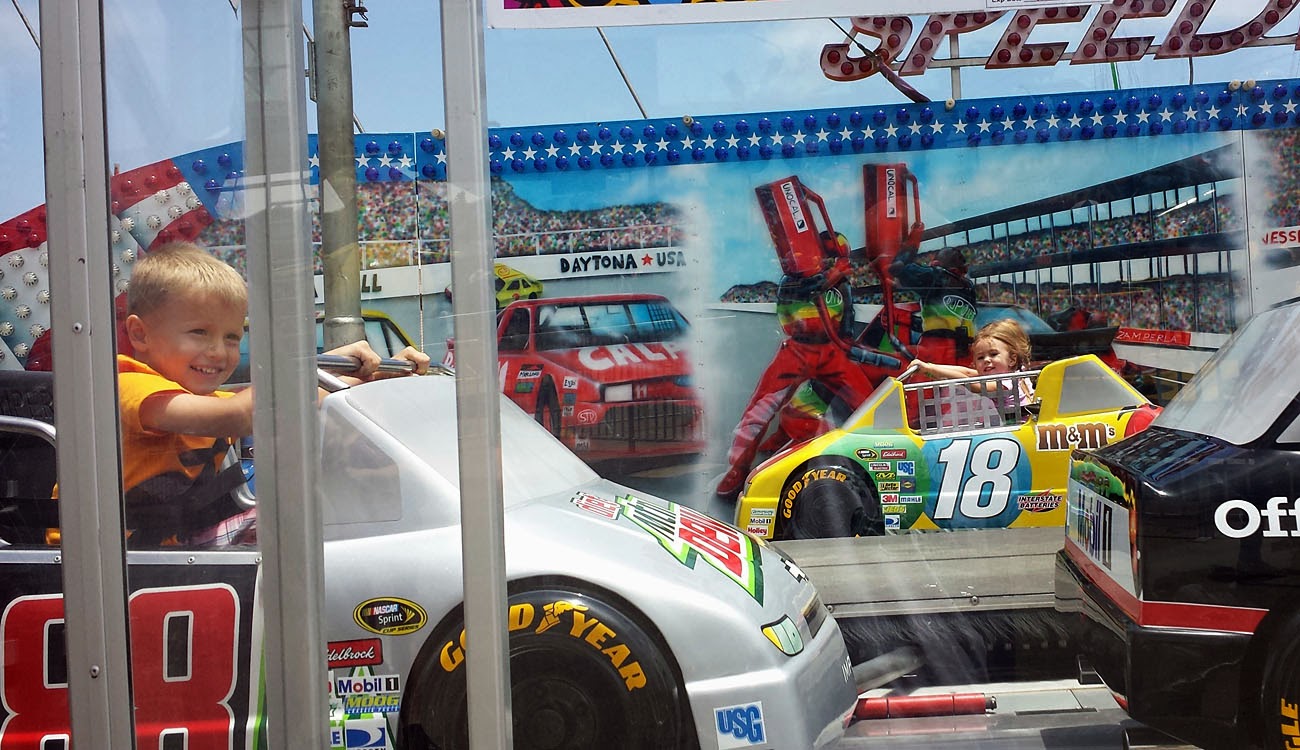 We bought a good number of tickets for the rides, so the boys were able to ride quite a few.  Here is Troy in the orange shirt, grinning from ear to ear. 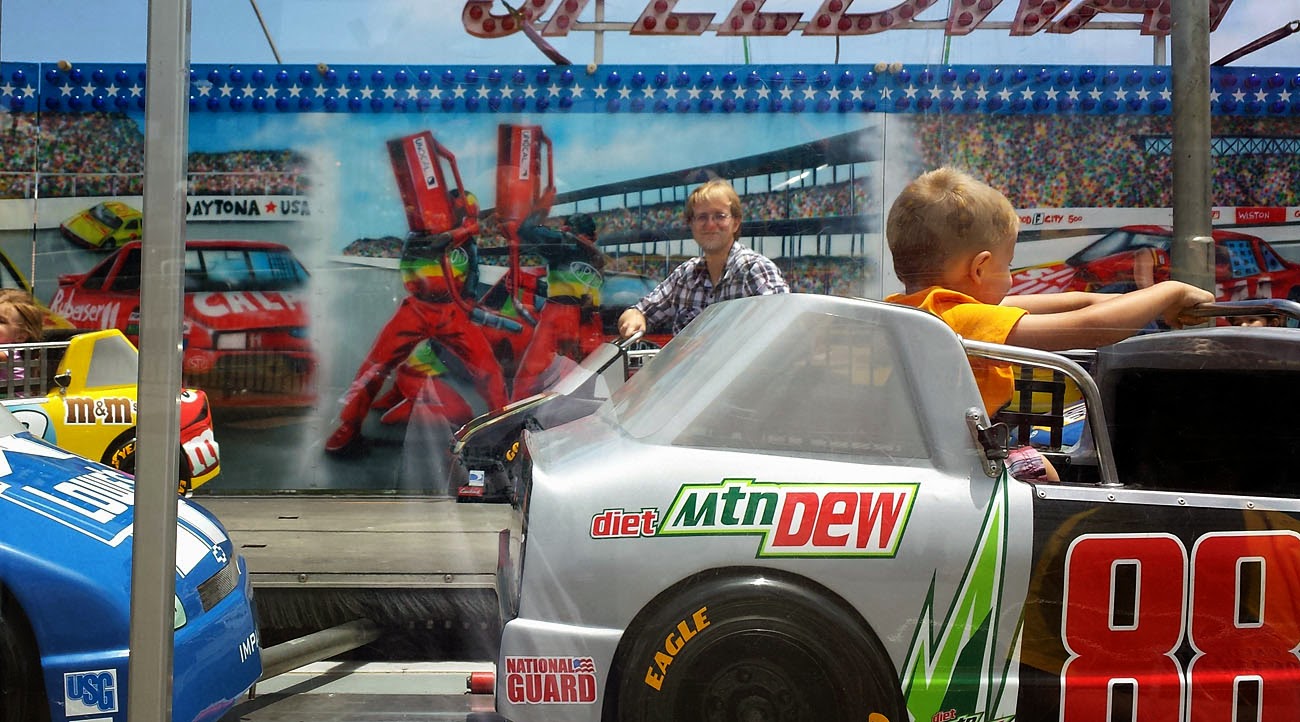 Dave against the back wall, Troy in the foreground.
Teo was not tall enough for most of the rides, so the only way he could do them is if Dave went with him.  Here is Dave squeezed into a little car next to Teo.  The things parents do for their kids!
Dave, Teo and Troy all in one shot. 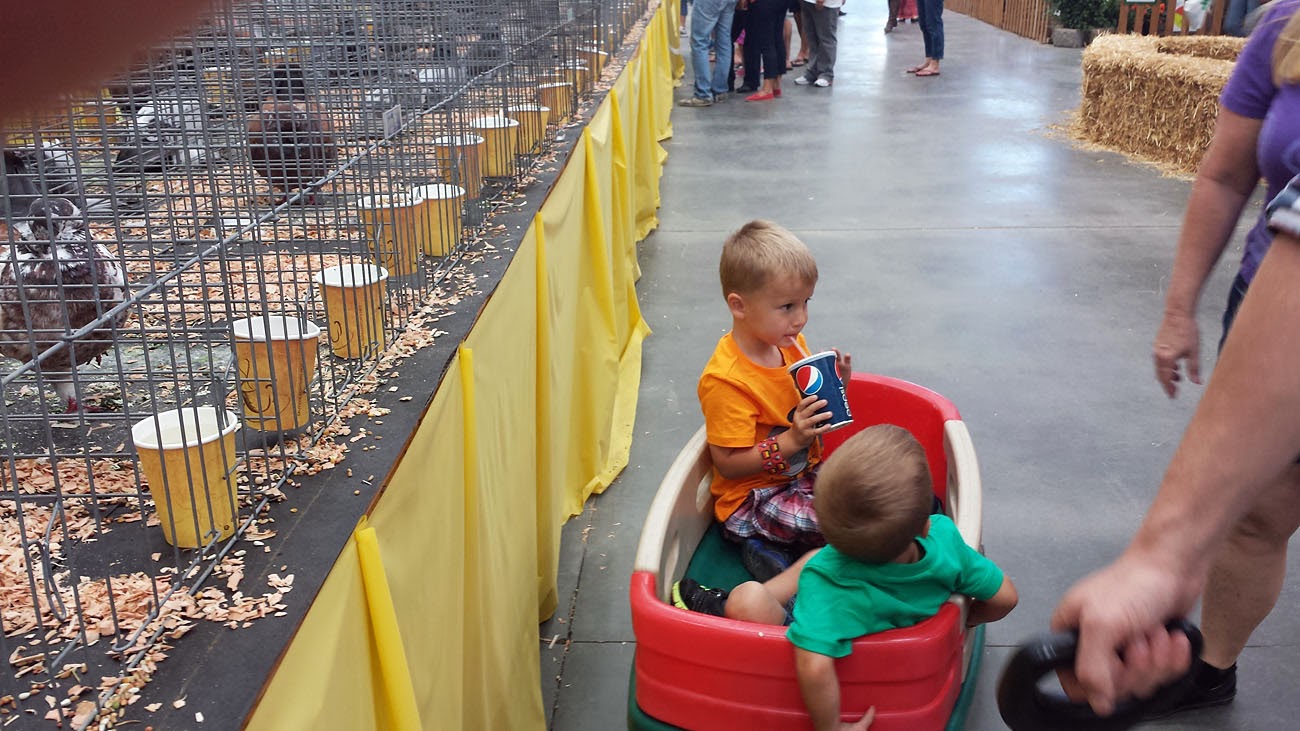 We visited quite a few of the live animal exhibits,  here we are next to the pigeons. 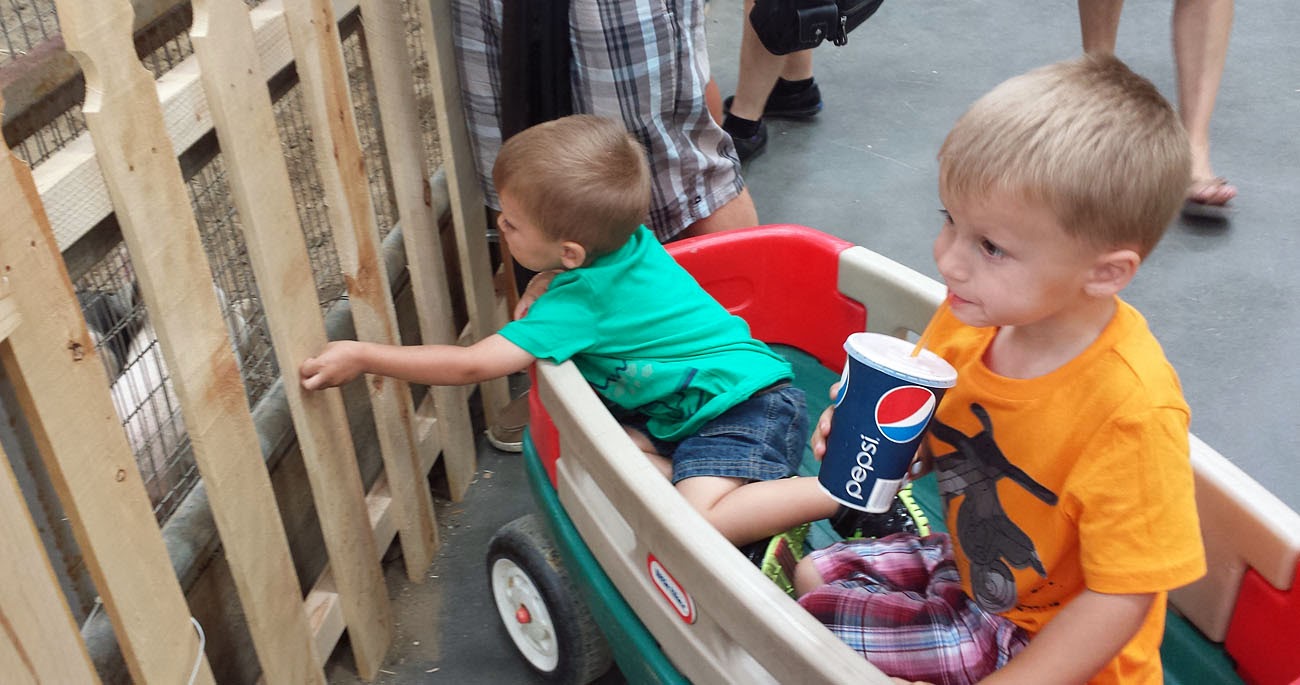 Teo getting a good look at a baby pig as Troy finished his lunch drink (we had hamburgers). 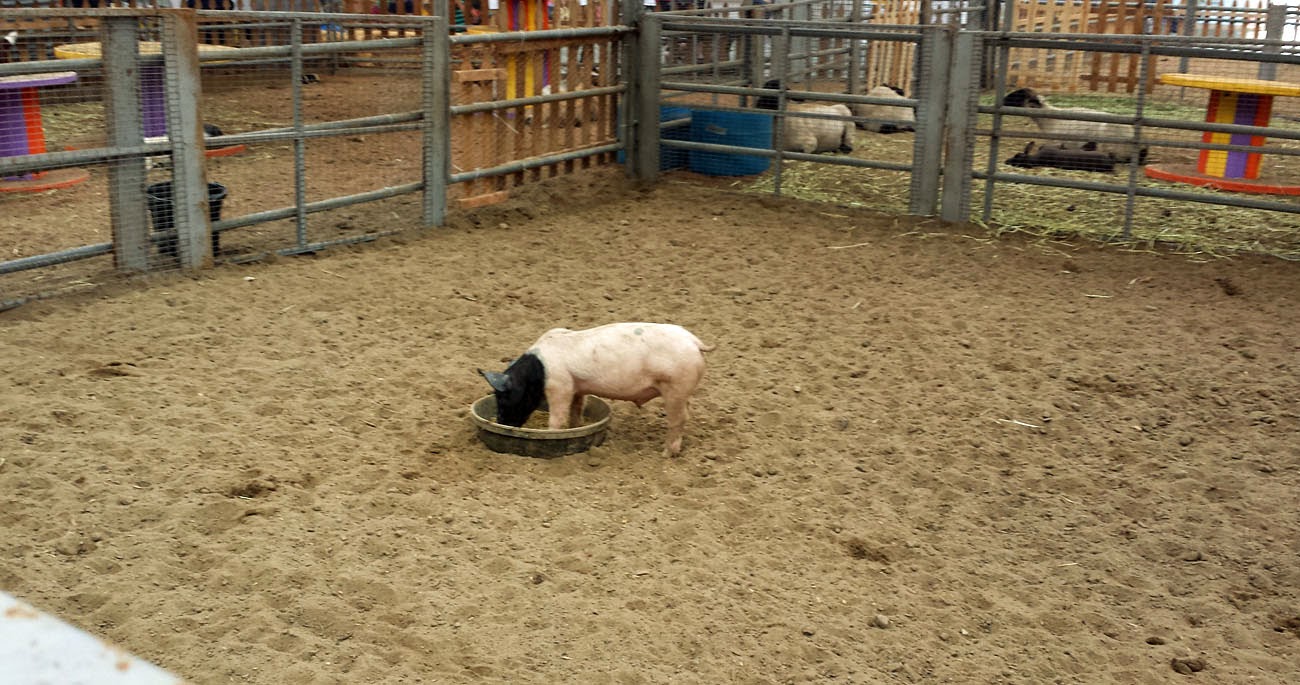 The baby pig that Teo was watching. 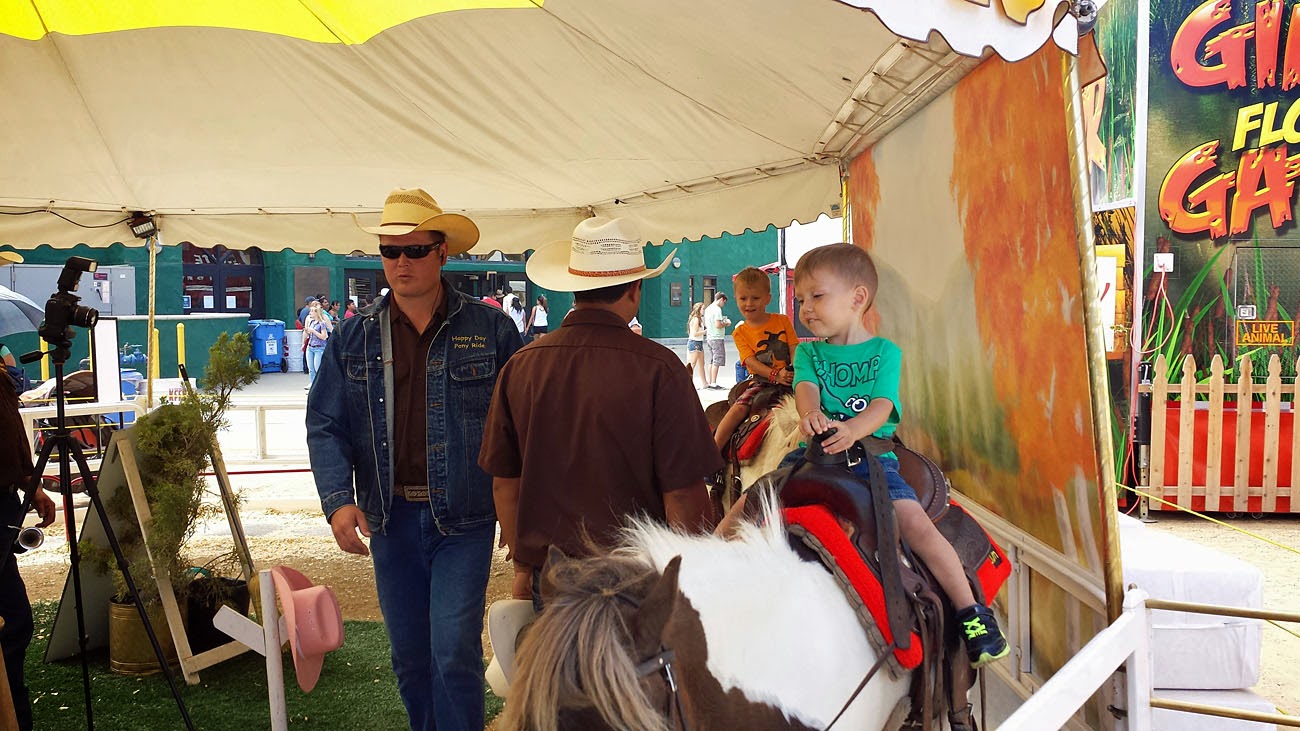 The boys never pass up a pony ride, and today was no exception. 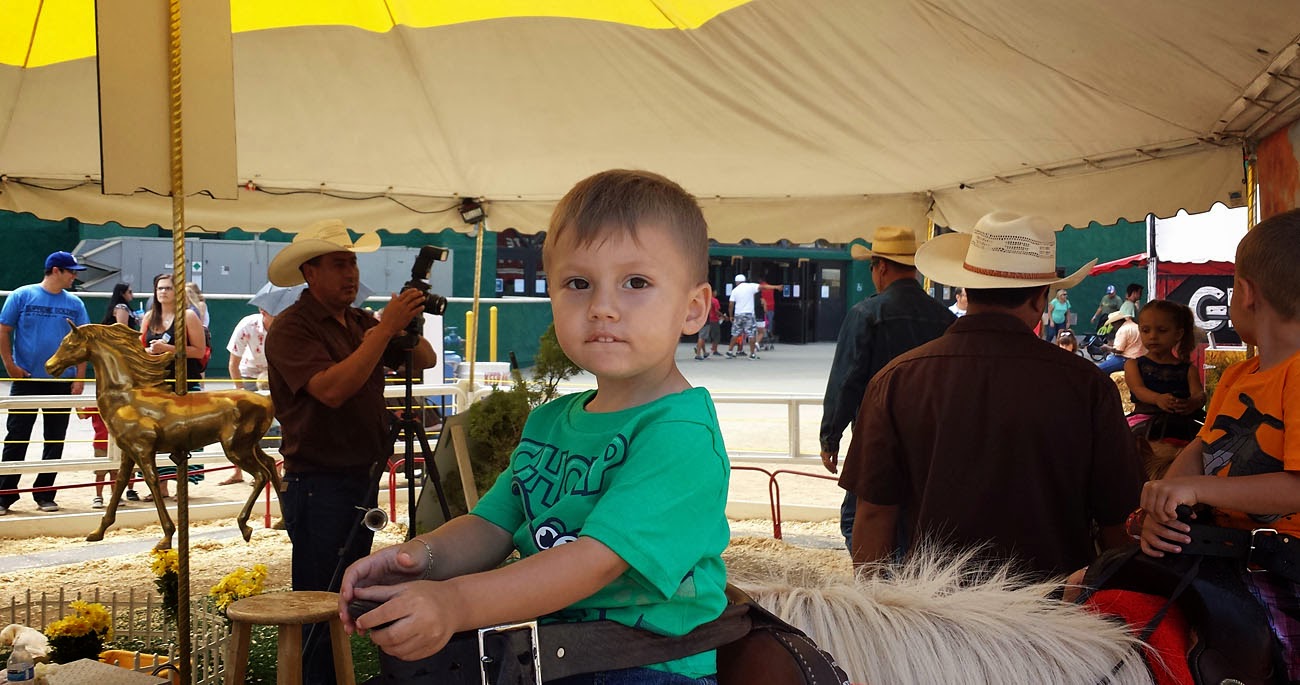 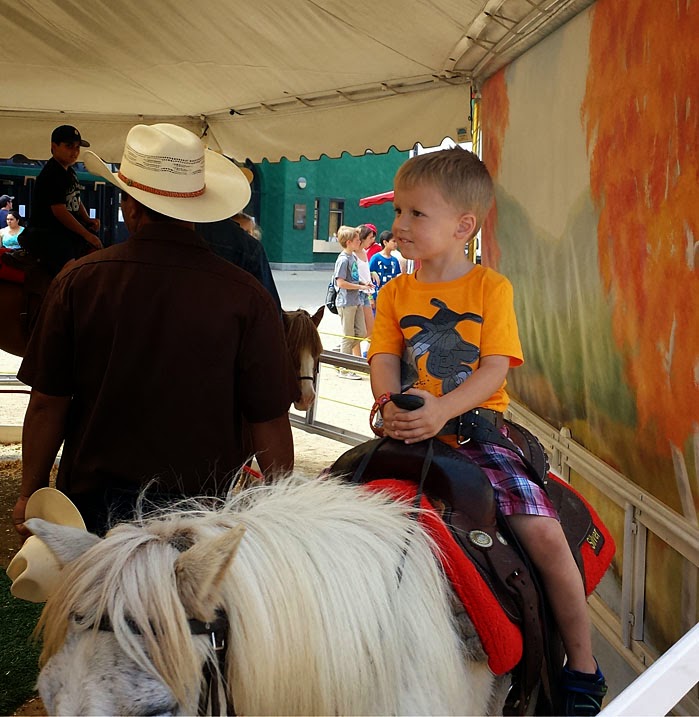 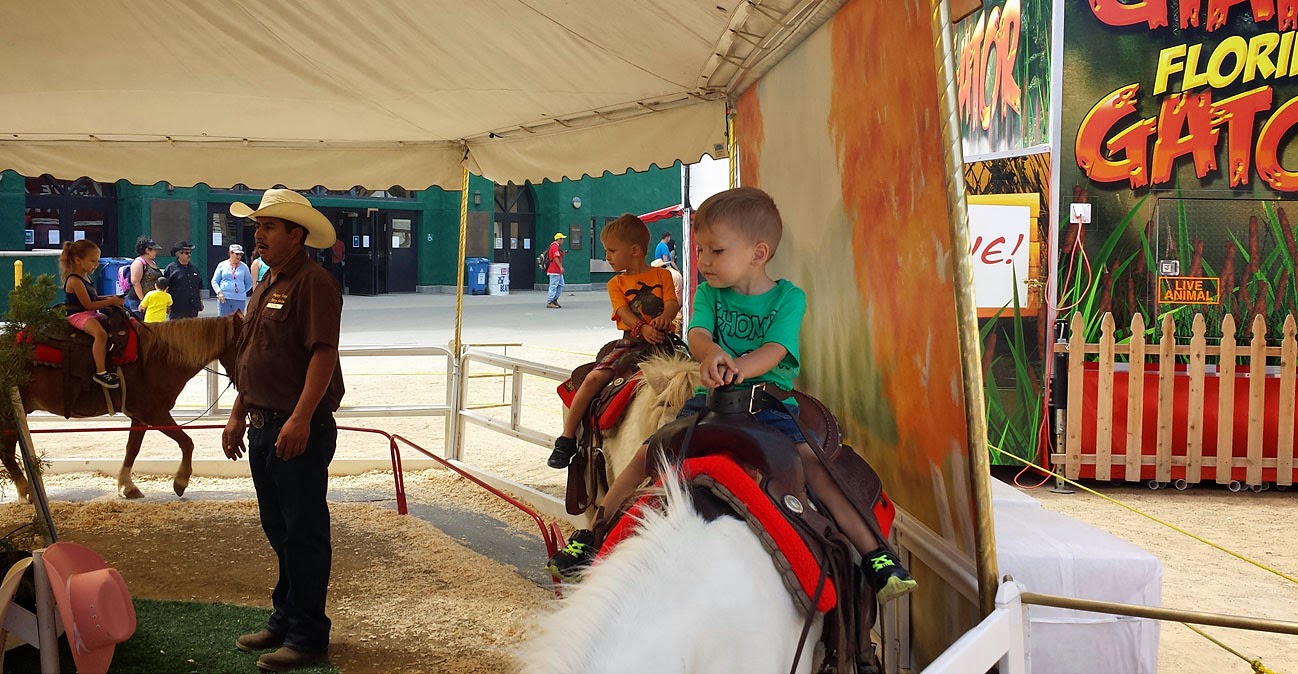 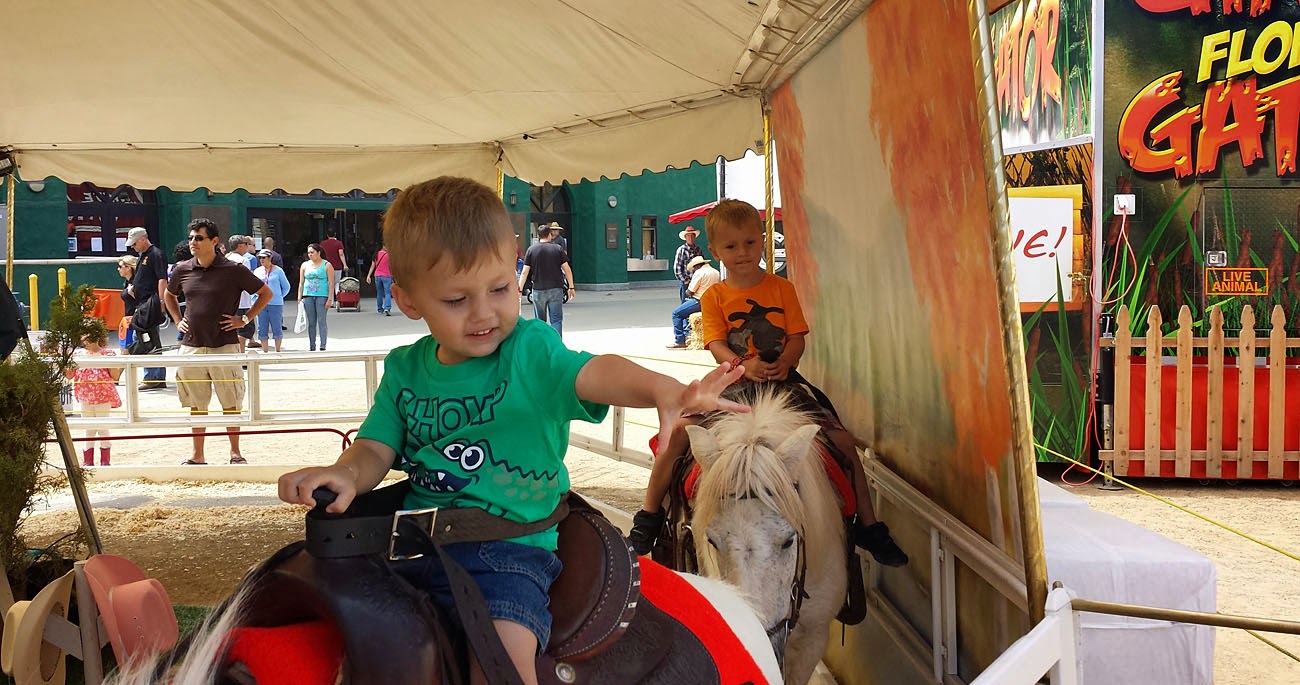 Teo waving at something. 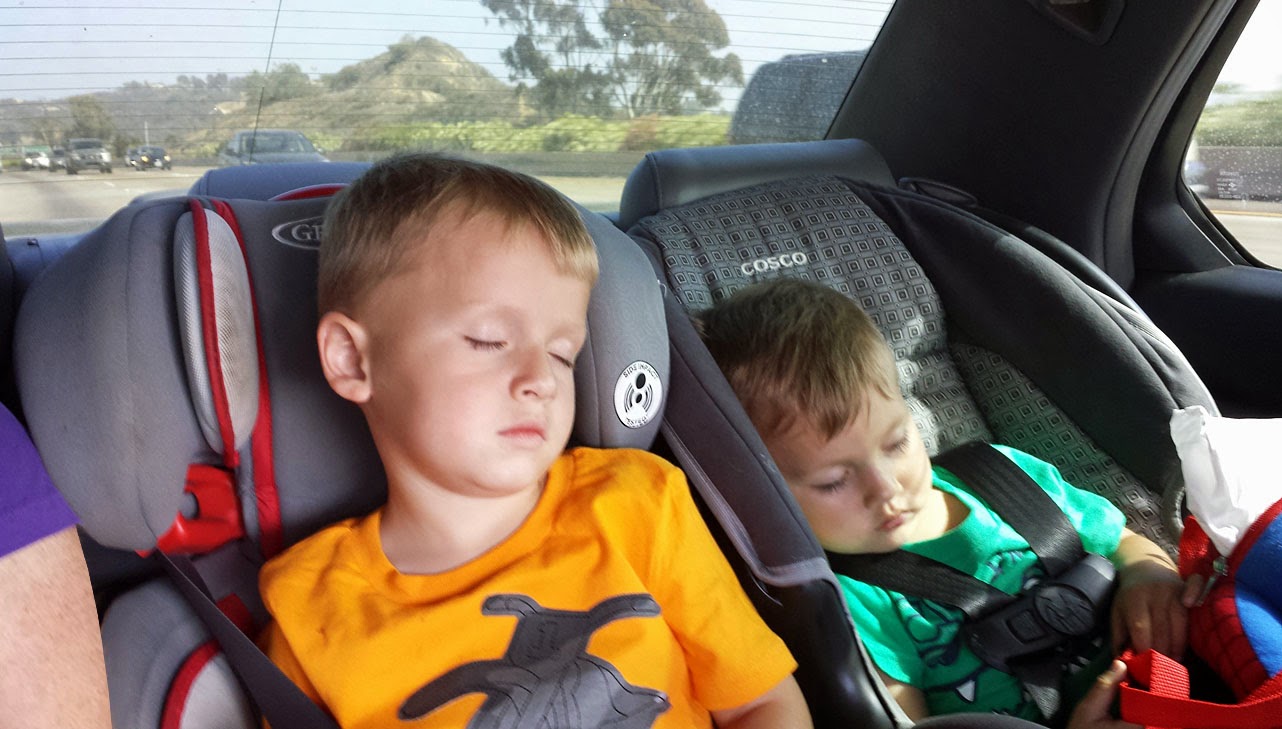 The boys requested a bit more time with the dirt bikes before we went home, so we went back and watched them for another half hour or so.  We weren't in the car more than 2 minutes before I turned around and took this photo.  That's the sign of  great afternoon!
Posted by J at 8:31 PM No comments:

It's OK, You Can Admit It