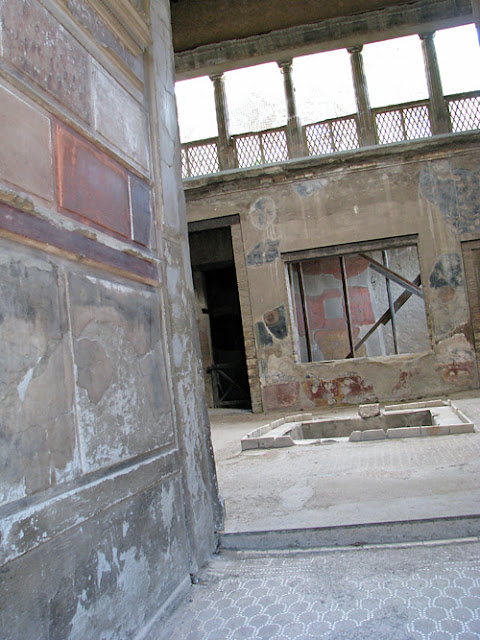 Between the House of the Tailor and the House of the Grand Portal is the Samnite House (Casa Samnitica). This is one of the older homes in Herculaneum - at the time of the eruption it was about 300 years old. 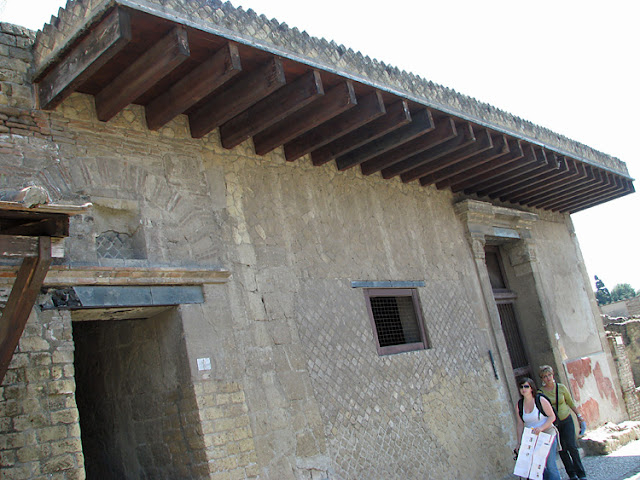 Here is the exterior of the house - at least the side that faces Cardo IV. Note the stones on the overhang. 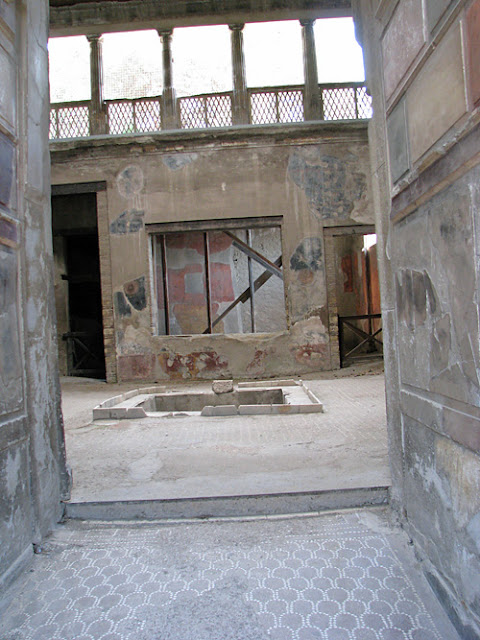 This home was originally much larger - part of the peristyle is now the House of the Grand Portal. The walls are of the First Style and the atrium design is of the type favored by the Samnites much earlier, called the Etruscan style. One can see the perforated railing with a diamond design on the second floor. 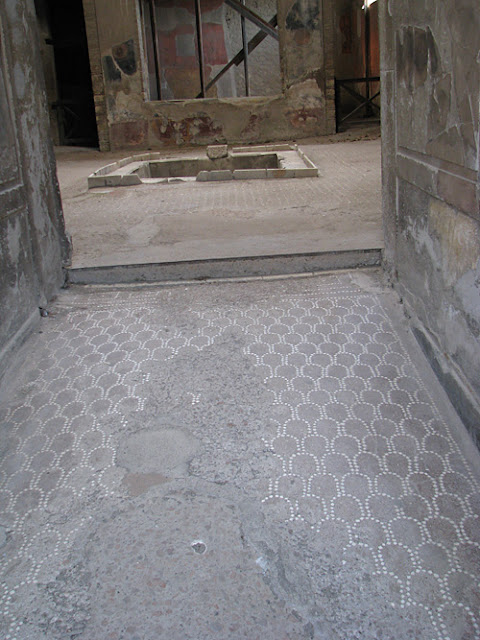 As this house evolved, another entrance was cut into the exterior and part of the second floor was made into an apartment. 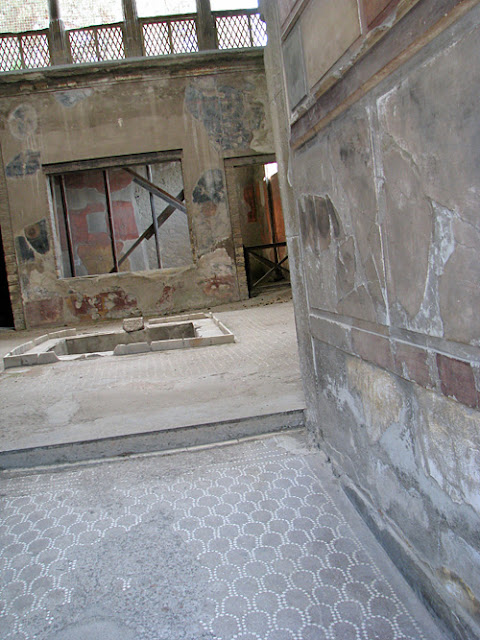 What makes the frescoes the First Style? If you look closely at this photo and the first photo, you'll notice that the texture has been molded to simulate blocks of stone and painted various colors to further simulate stone. These were characteristics of the First Style which fell out of favor in the later years.