Herculaneum: House of the Grand Portal 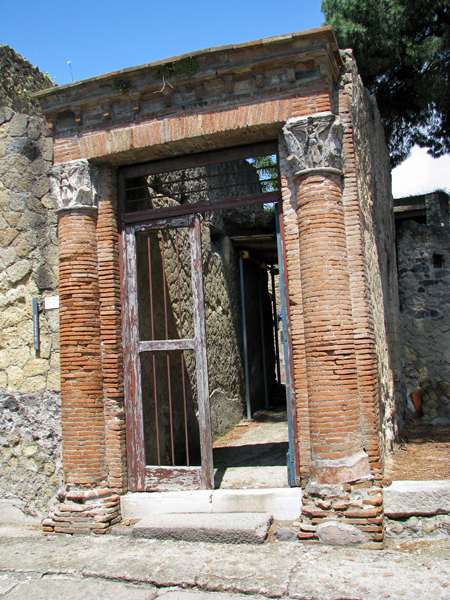 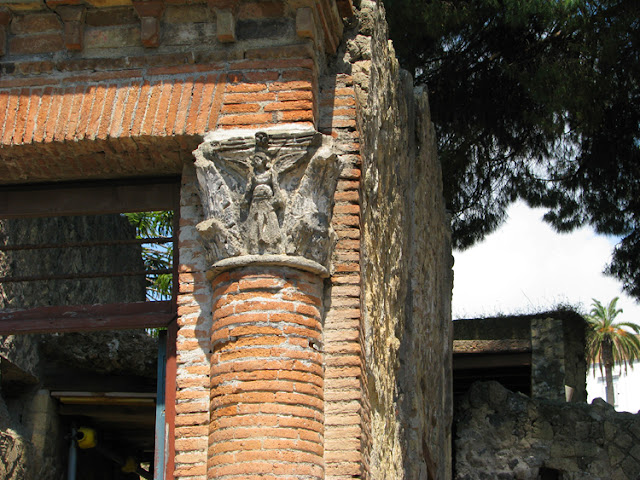 Casa del Gran Portale gained its name from the brick columns topped with Corinthian columns depicting winged Victories that adorn the entrance. They really are quite impressive and reminded me of a bank as I approached. 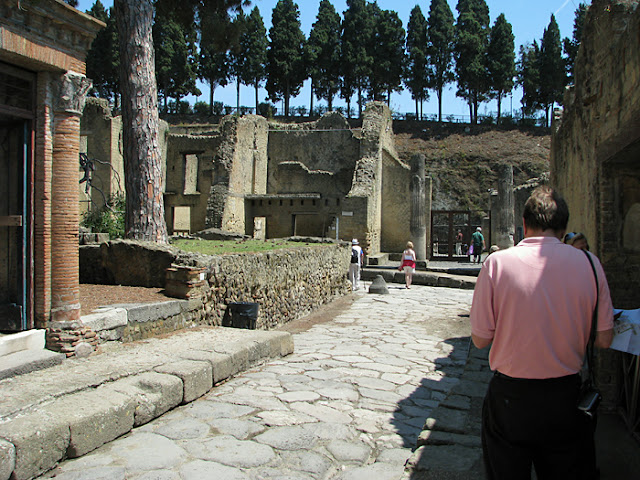 You can see that entrance on the left of this photo. Straight ahead you can see the street dead end at the T intersection where it runs into Cardo V, about where the woman is standing in the distance. 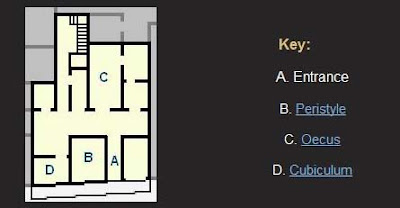 This is the floor plan of the home. The winged Victories are just to the south of the letter A. The residential quarters and kitchen are thought to be to the left of the C. The room to the right of the A was probably a storefront, likely rented out since there is no direct connection to the home. Now let's go in and take a look around... 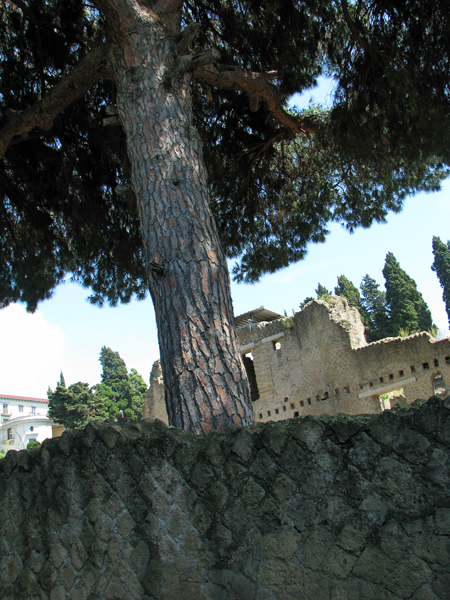 We are now walked through the narrow entryway (labeled "A" above) and are looking right, past the empty lot. 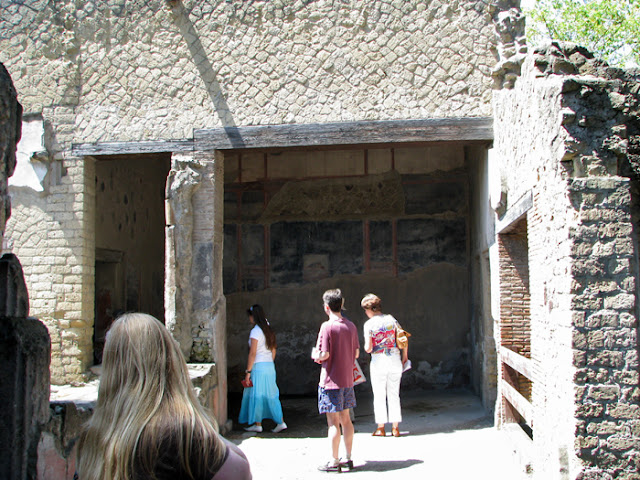 I have now turned the camera and this is what you see if you look to the left: the vestibule. It is believed that the area where the gentleman in the red shirt is standing was always open to the sky, a throwback to its heritage as a peristyle and providing light to the interior of the home. It also served as the new home's area for collecting rain water, where terracotta ducts channeled water into the cistern. 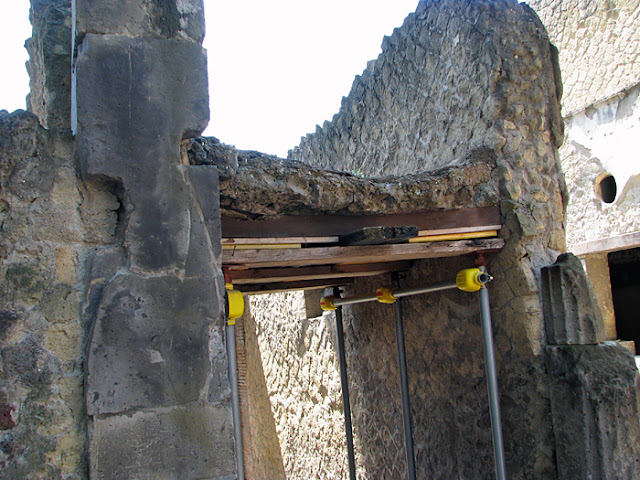 Turning the camera once more and looking at the narrow entryway through which we just entered, this is the view. Notice the Italians have place supports there in an effort to preserve the original roof. 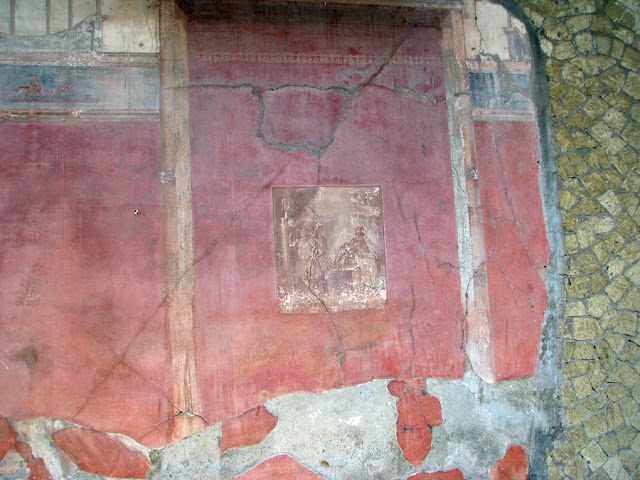 The photo to the right, and the next one down, were taken in room C, the oecus (which simply means "large room"). 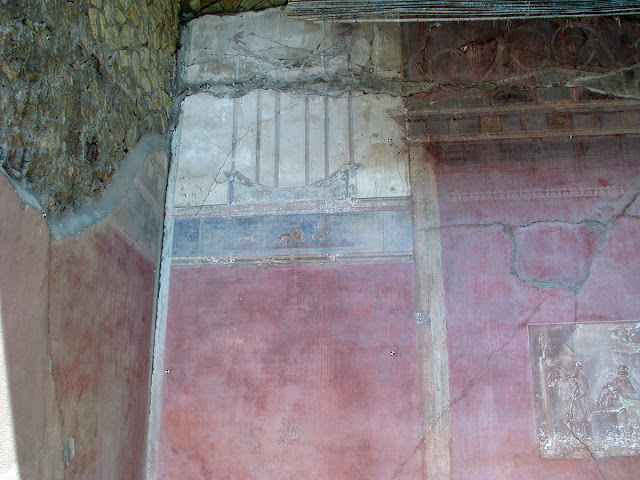 As you can see from the photo, the oecus was very tall and painted with frescoes in the Fourth Style. 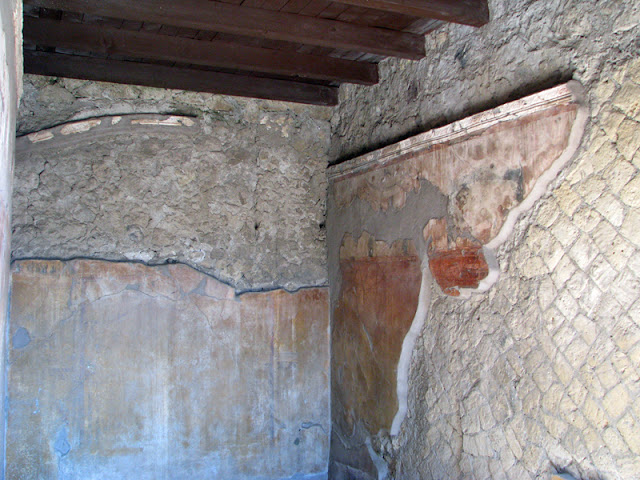 If I'm not mistaken, the next two photos were taken in a room to the left of room C. Though much of the frescoes are missing, enough of the trim remains to give us an idea of what the room looked like before the eruption. 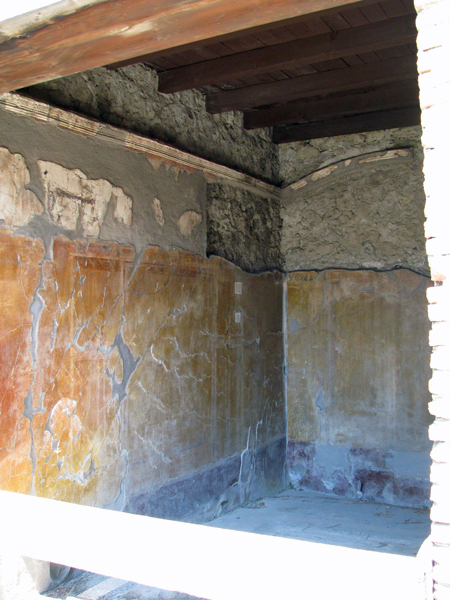 This is the other wall of the same cubiculum. Note that the ceiling appears to be reconstructed, not original. That's a good thing in order to protect the walls. 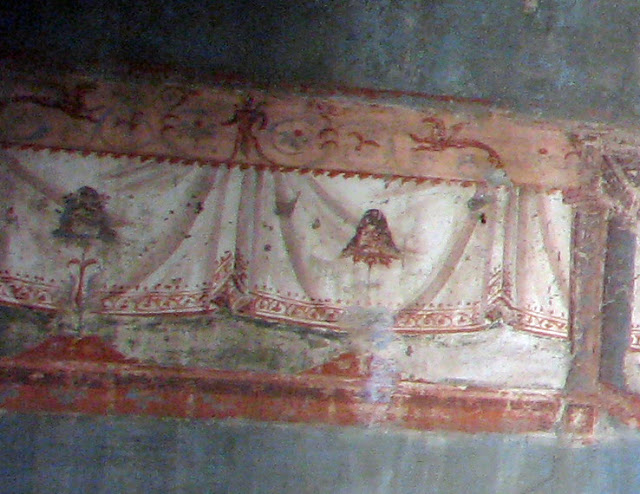 This is a close-up of a detail on the back wall of the vestibule - very delicate design that successfully simulates fabric. 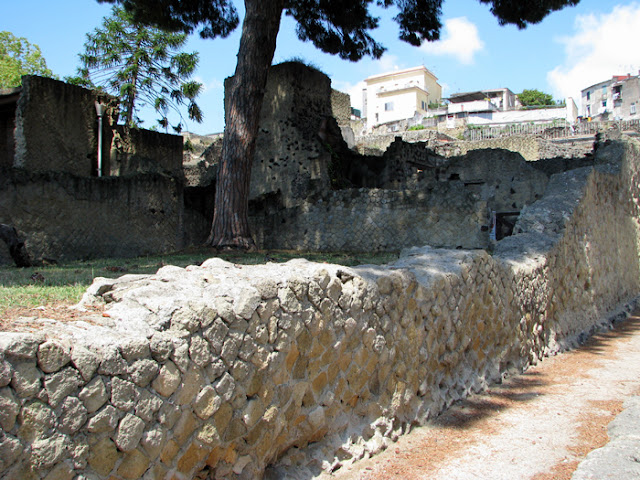 And finally, back out on the street. I am standing very near the T intersection, with Cardo V running off the right side of this photo. The vacant lot is directly in front of me. There is the same tree that was in an earlier photo in this post...viewed from another direction.

I read through all your Herculaneum posts and liked this one the best. I set up a page on Herculaneum after visiting last year...have linked to your posting. Keep up the detailed writing and photos.

No problem Karen, feel free to link to the site at any time. Thanks for the kind words.