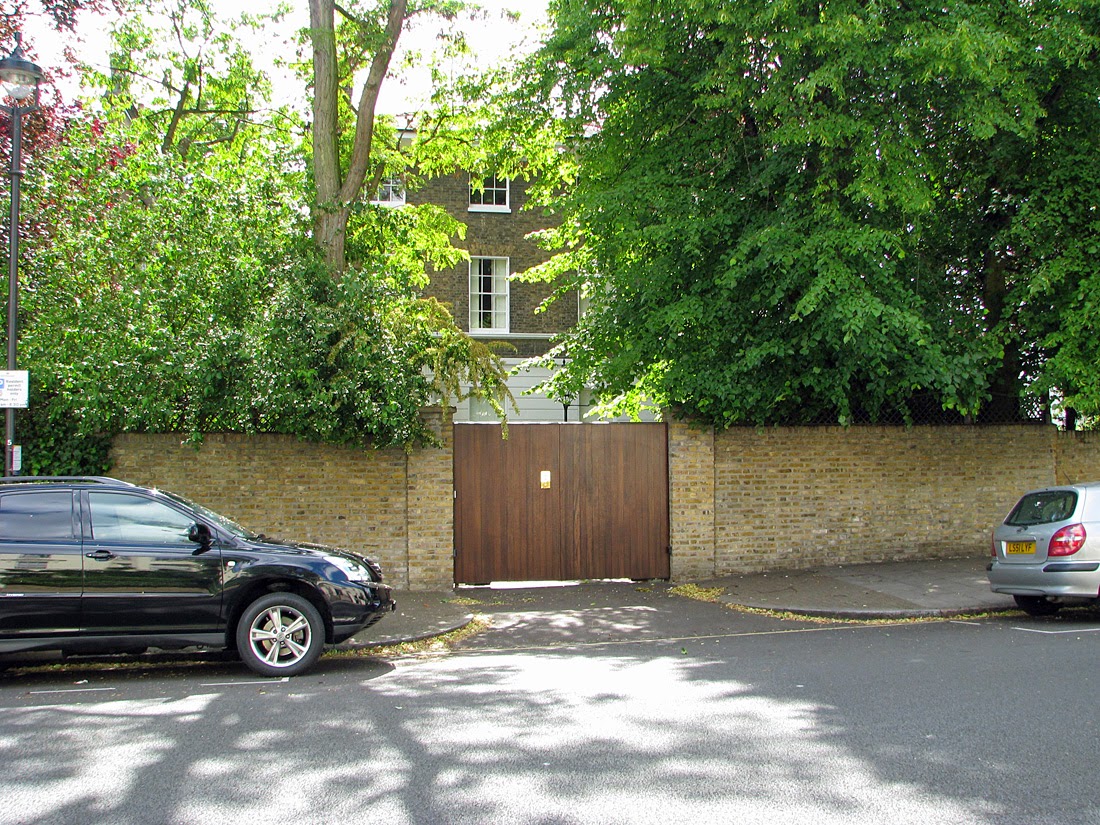 This is 7 Cavendish Avenue in London, just a few blocks from Abbey Road Studios. Paul McCartney bought it in 1965, obviously due to it's proximity to the studio. There was a music room on the top floor where songs such as Penny Lane, Getting Better, and Hey Jude were written. 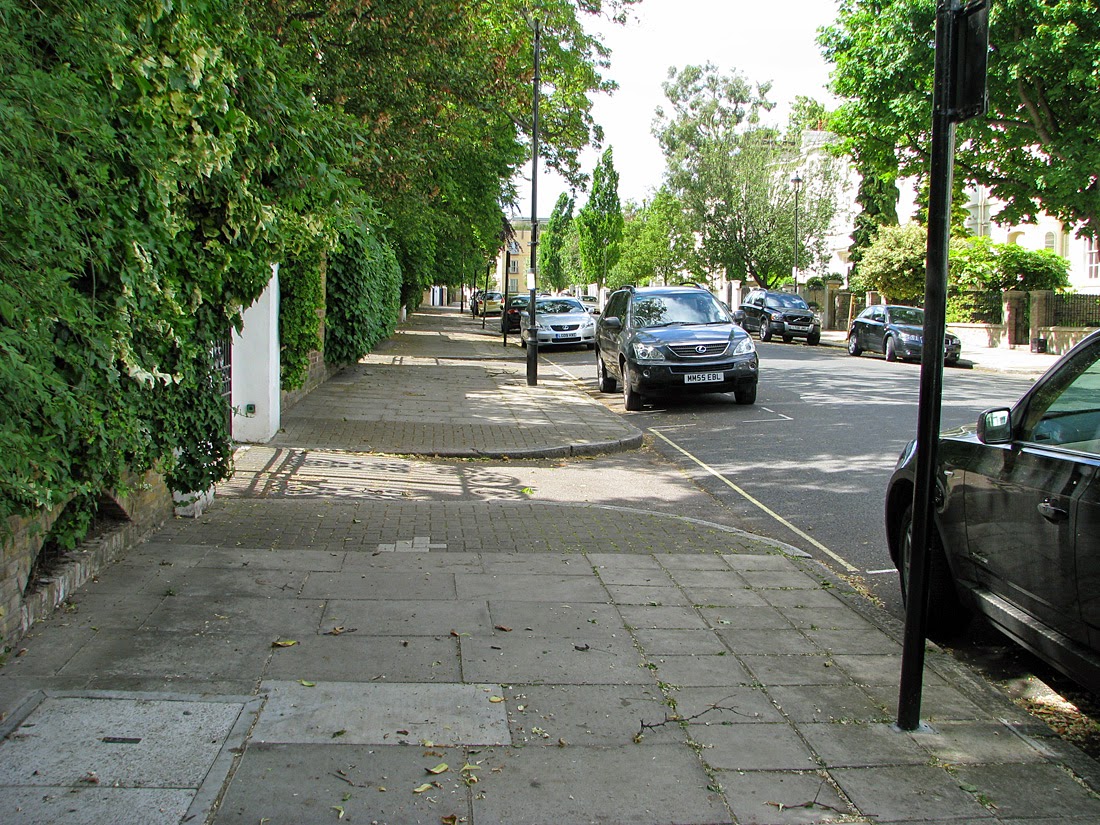 Let's start at the south end of Cavendish and walk towards the house. McCartney's home is about 7 doors up on the left at this point. 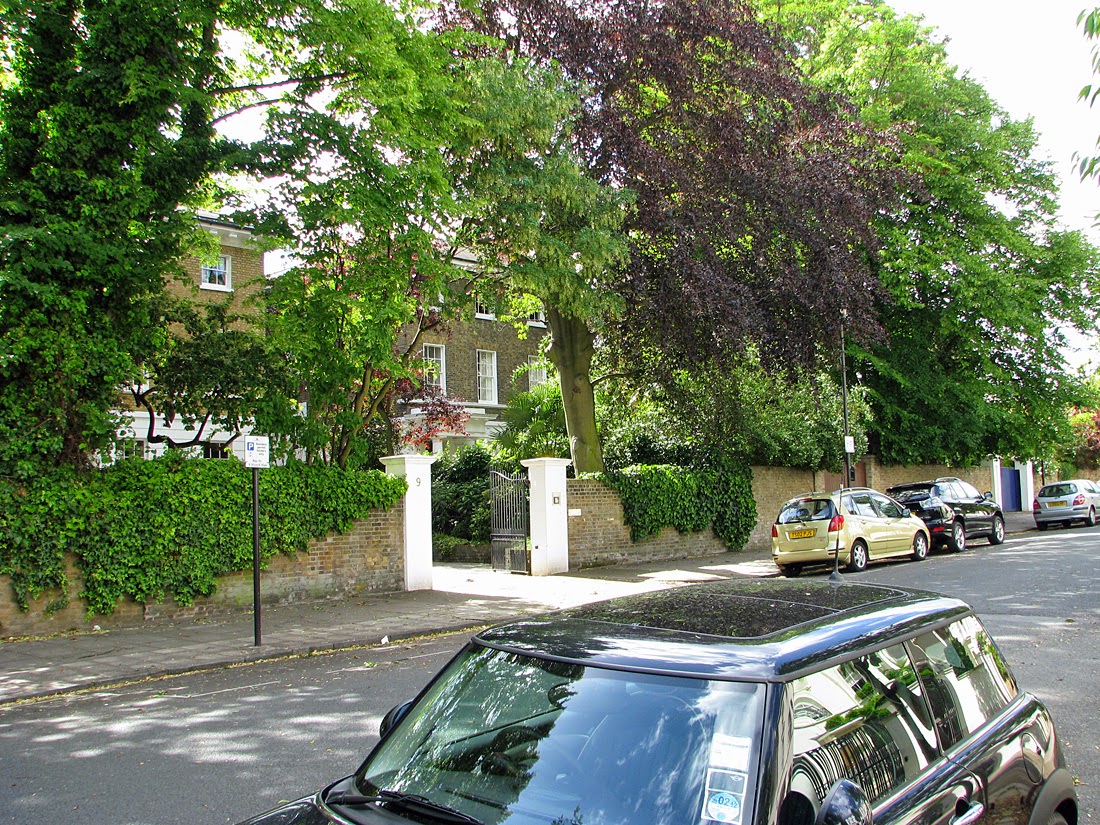 I've now crossed the street for a better perspective. 7 Cavendish can be seen behind the tree with purple leaves. 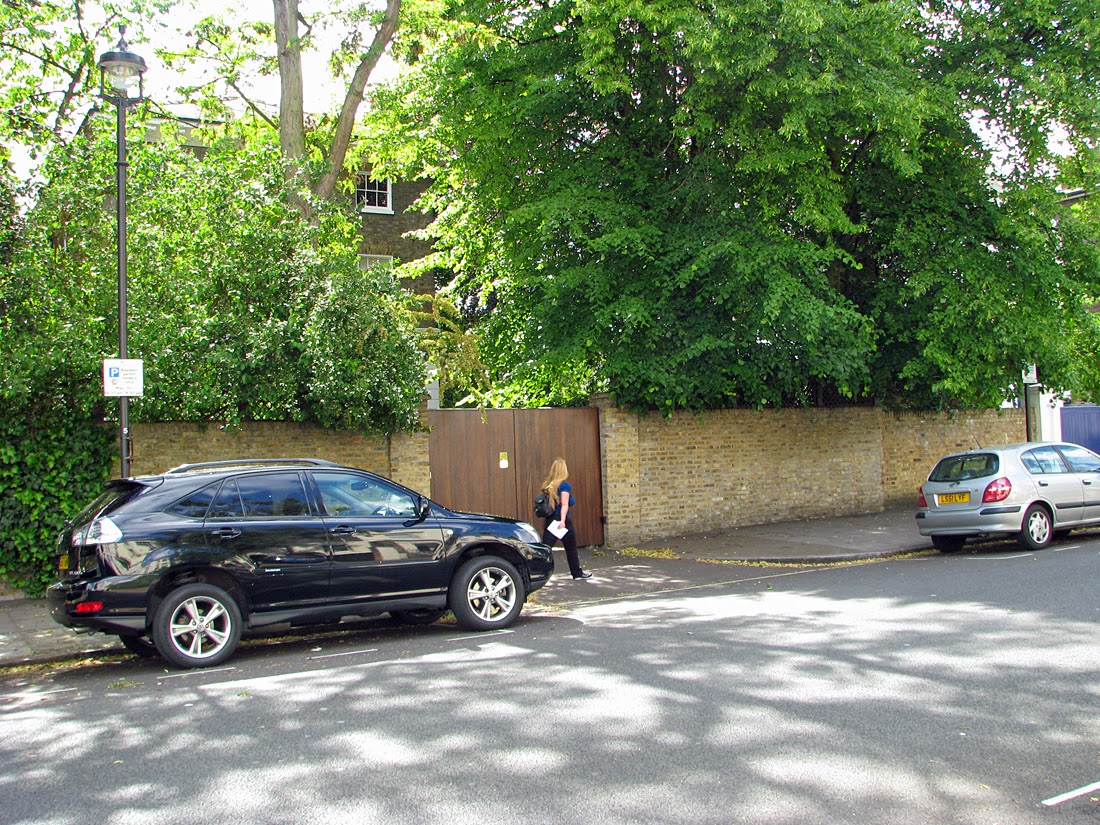 The brown gate is to 7 Cavendish. Note there is no house number on the wall. Perhaps it kept getting stolen? That's my wife walking by. 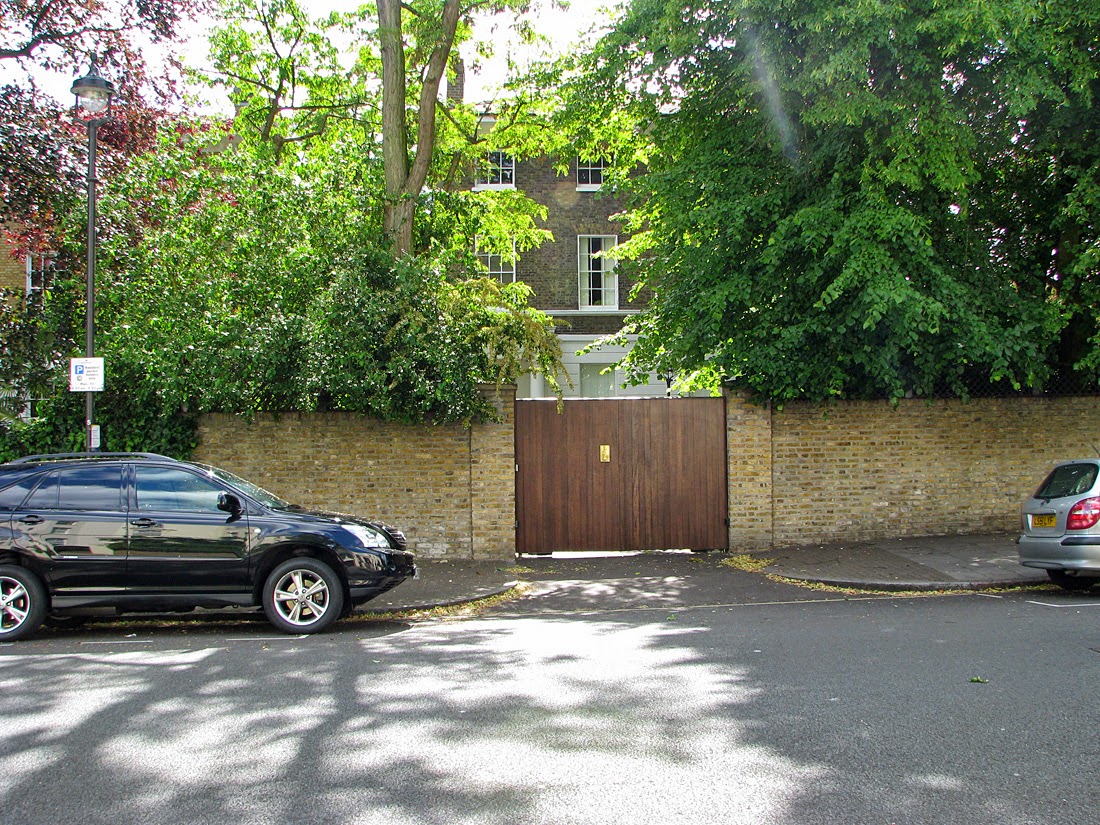 Andy Warhol and Mick Jagger both visited McCartney in this house. And supposedly, McCartney's fiance Jane Asher came home unexpectedly one day and caught McCartney in bed - and not alone. That was the end of that engagement. 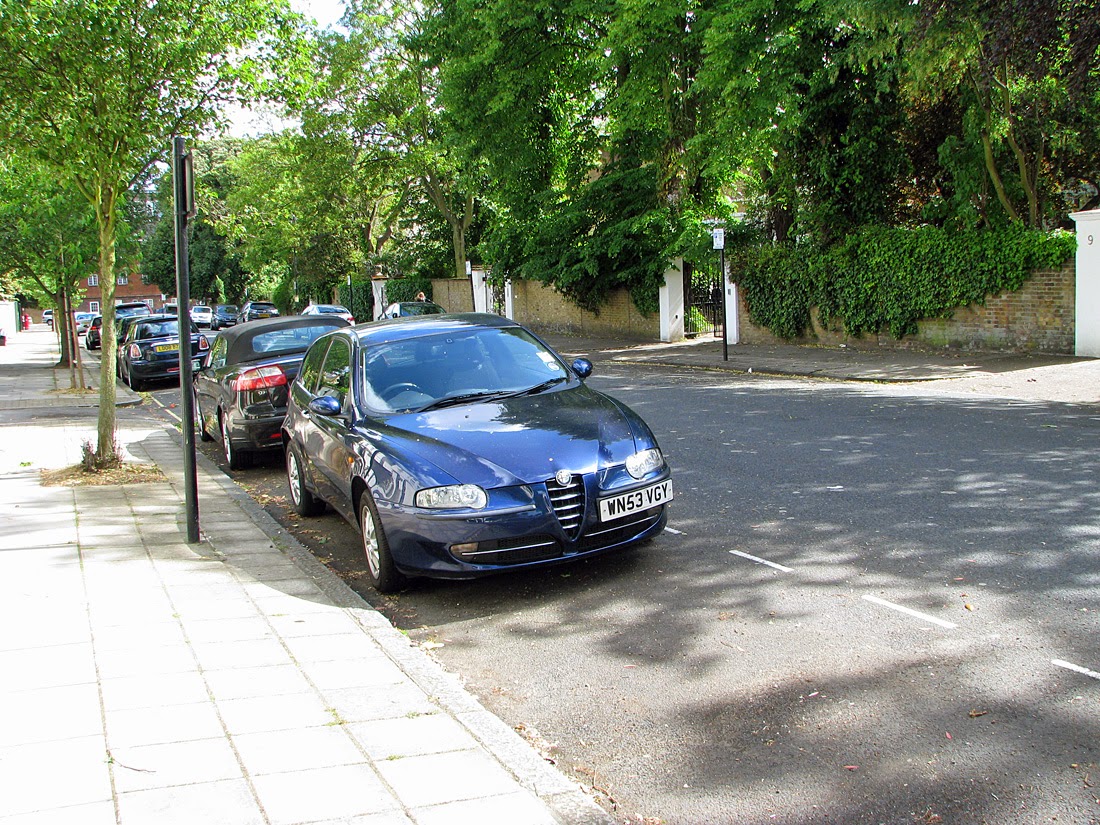 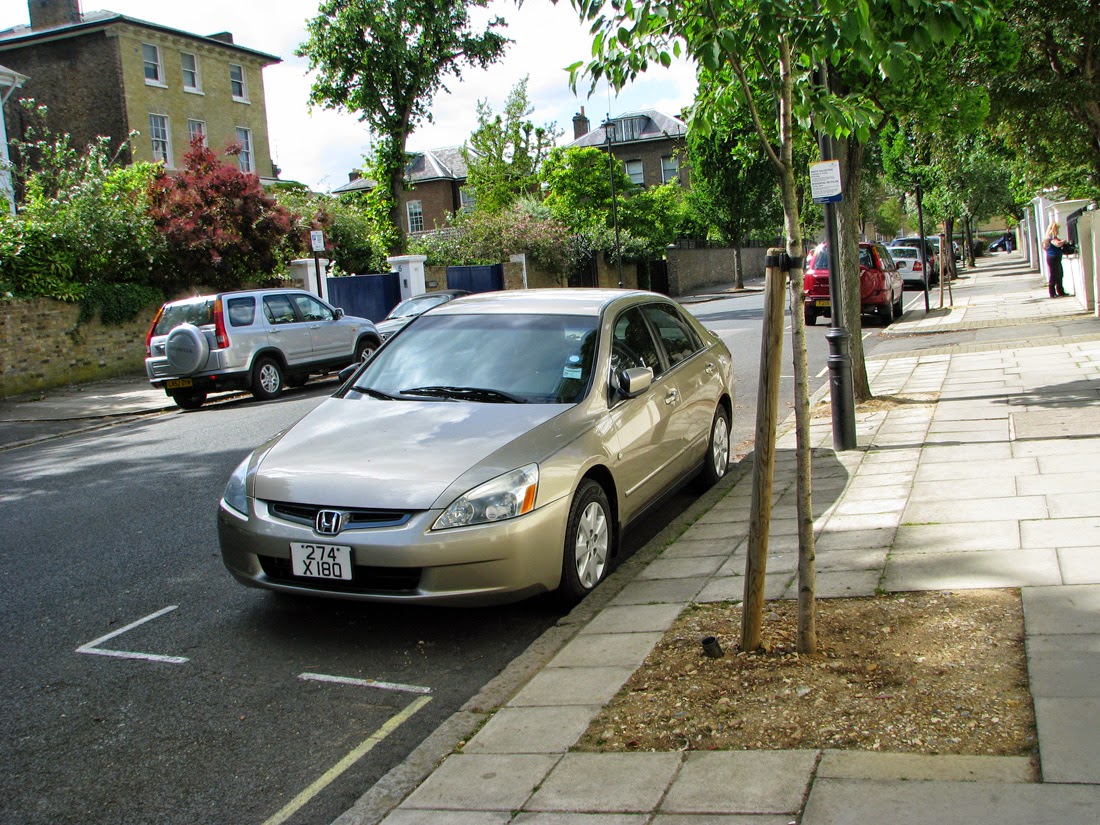 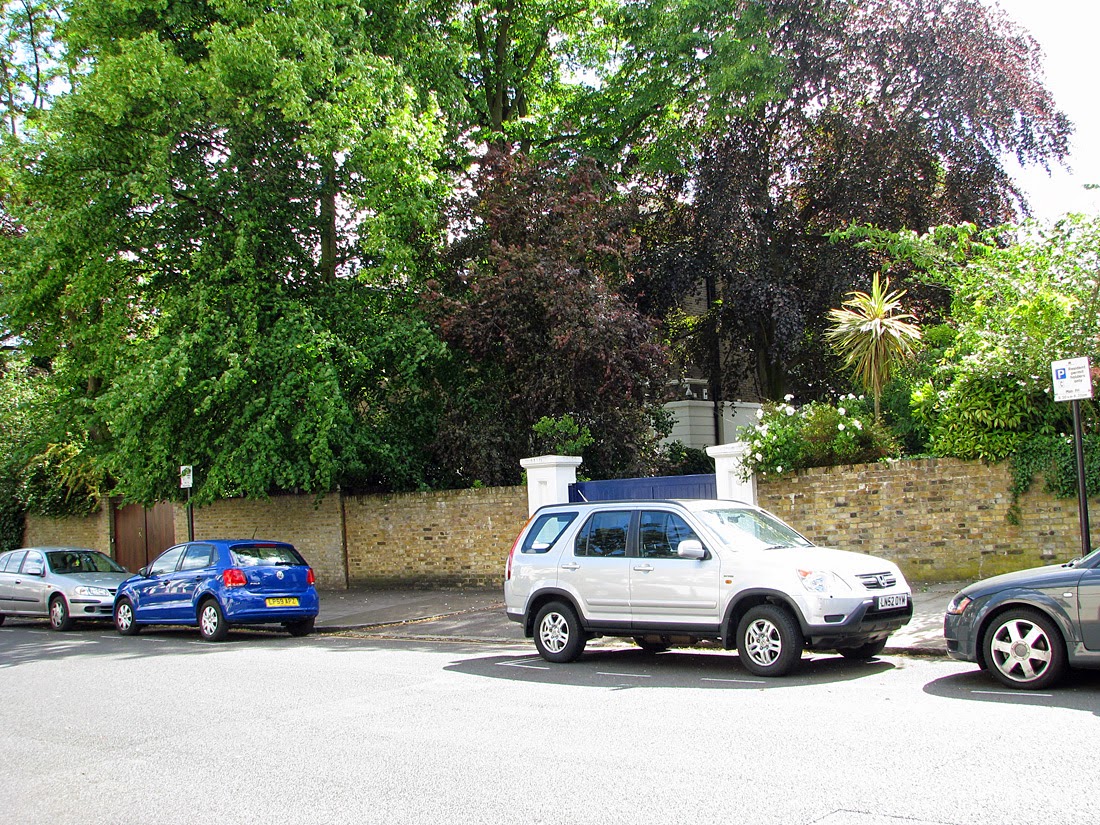 We've now walked a little north of the house, still on Cavendish. 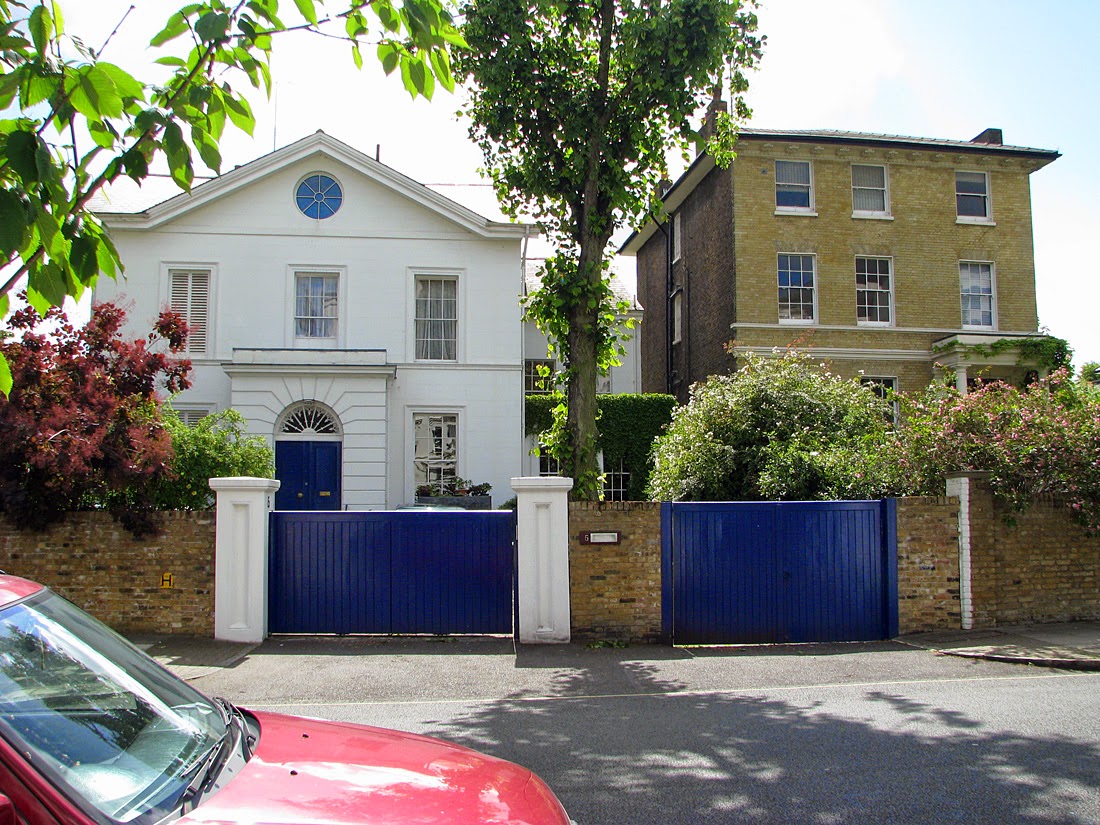 Here are the houses of his neighbors, directly north of his house. 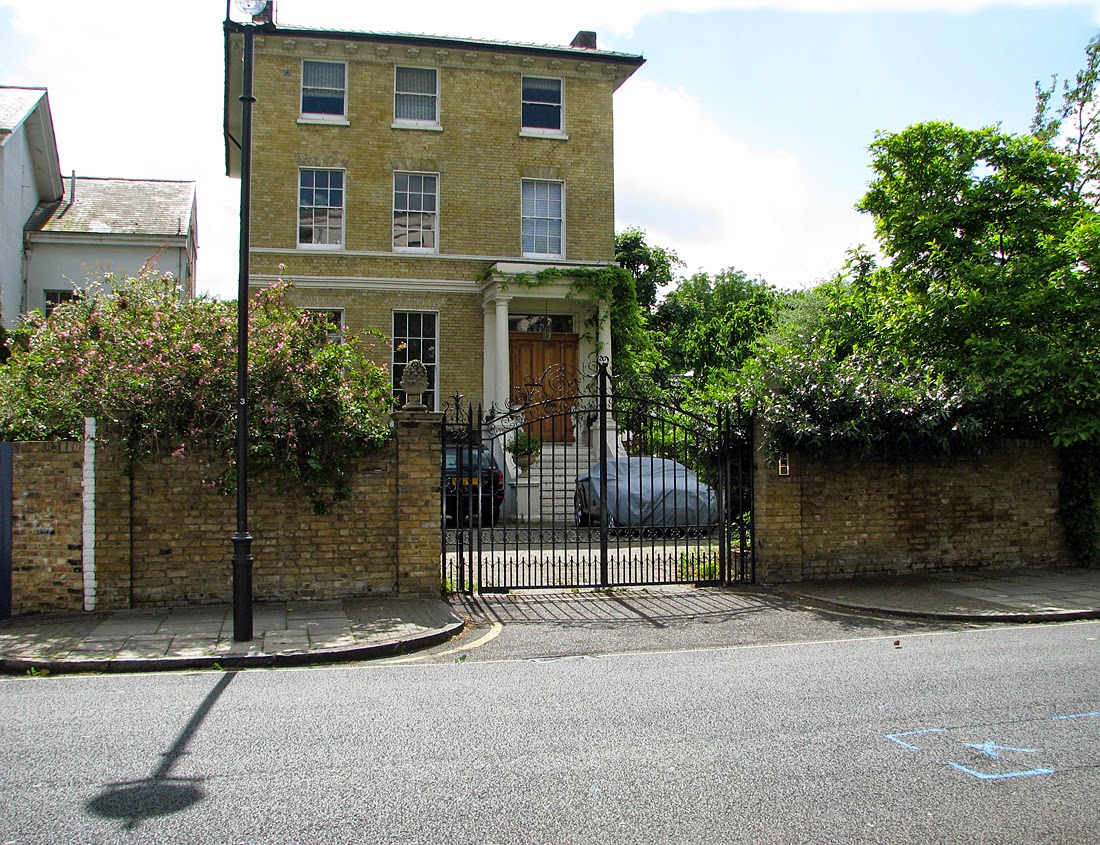 Ever wonder what the walk from Cavendish to Abbey Road Studios was like? Well, come along as we make that walk! 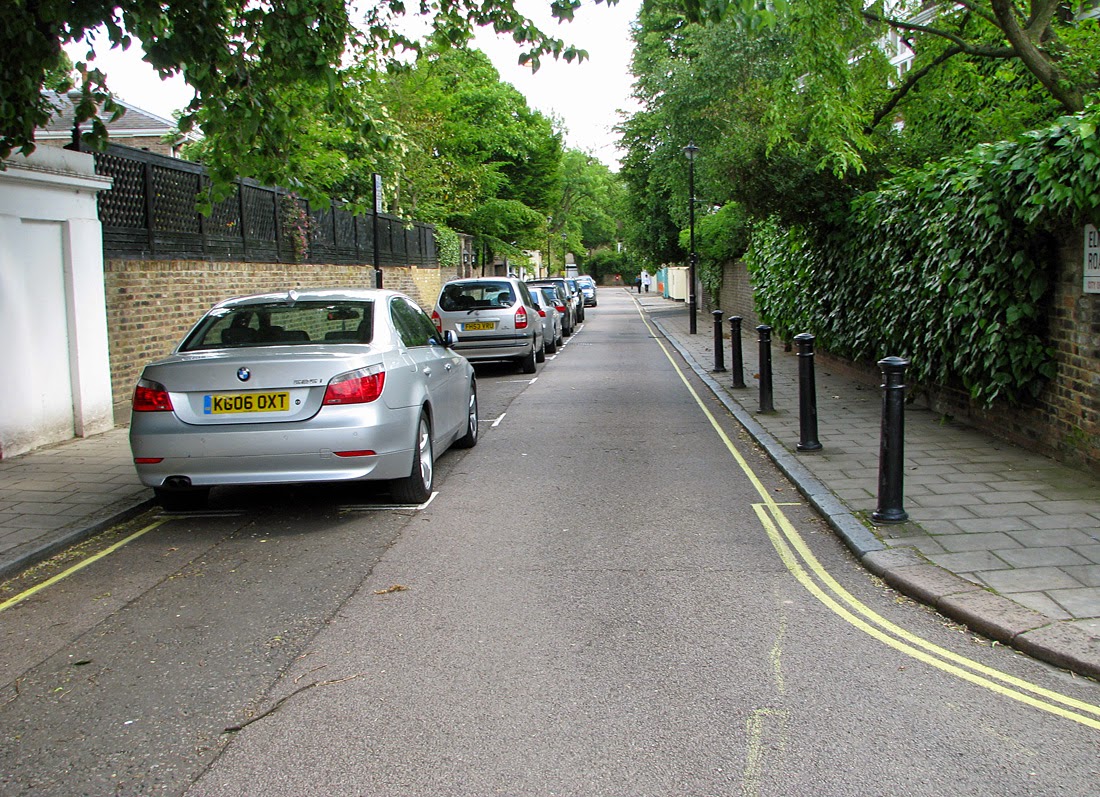 We've now walked to the end of Cavendish, turned right and we're standing on Circus Road, looking to our left down Elm Tree Road. The back of 7 Cavendish would be on the left side of this road. 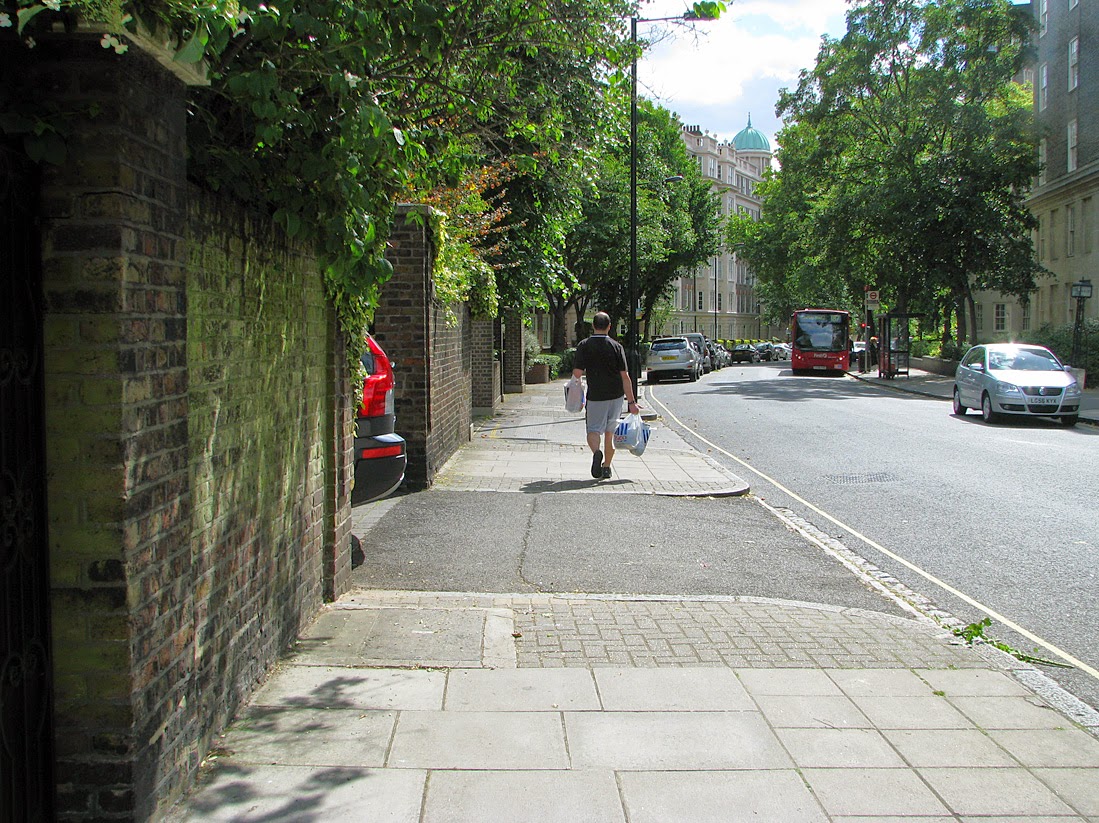 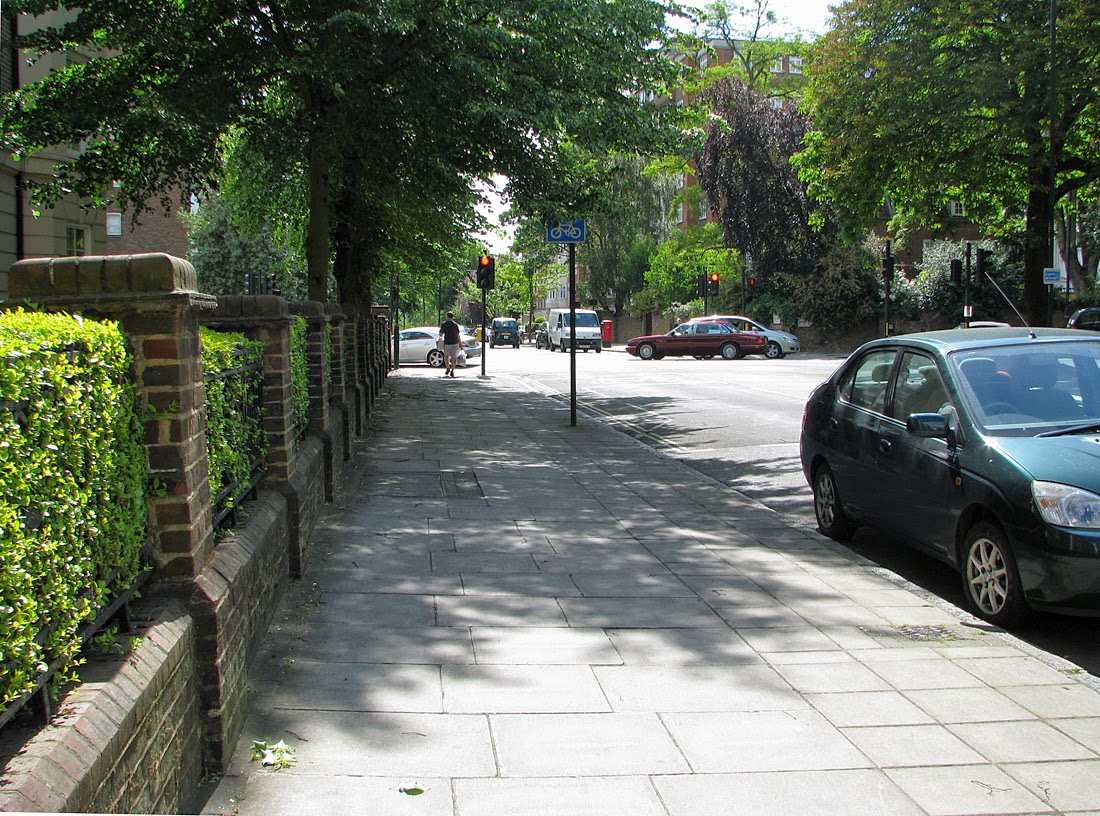 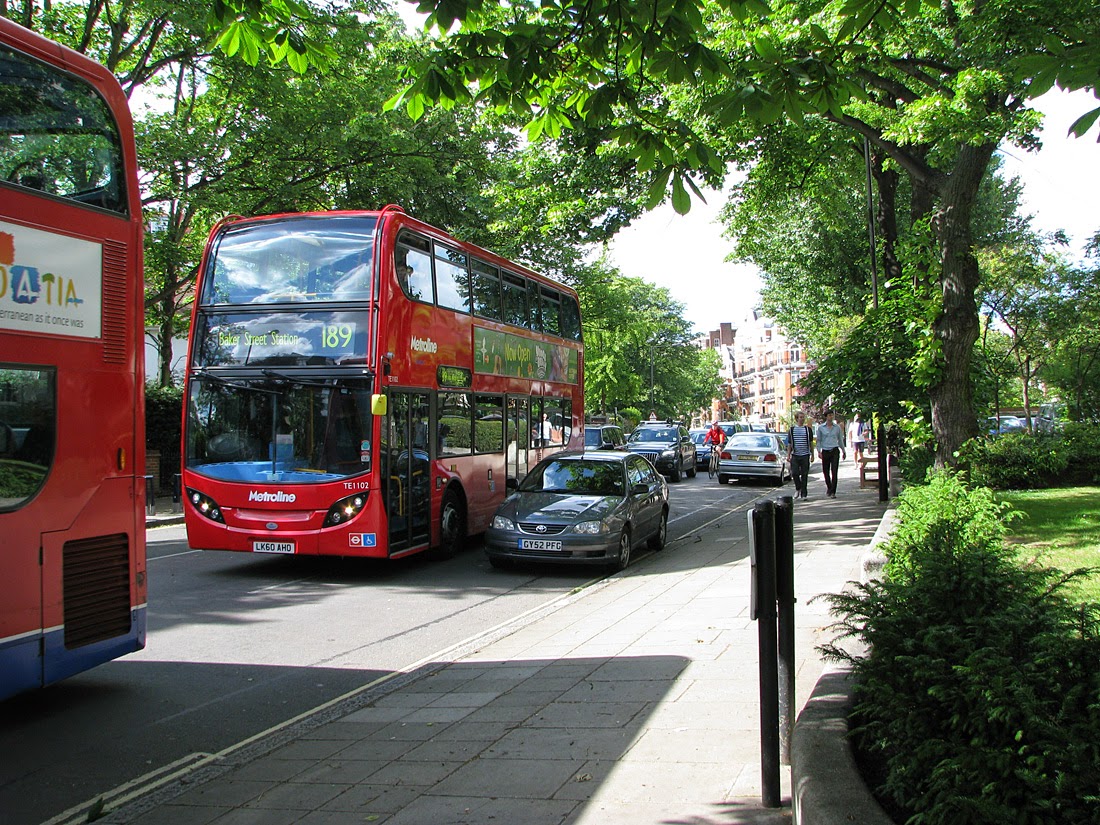 We are now taking our first few steps on Grove End Road. That building in the distance is on Abbey Road, so that shows you how short of a walk it is. 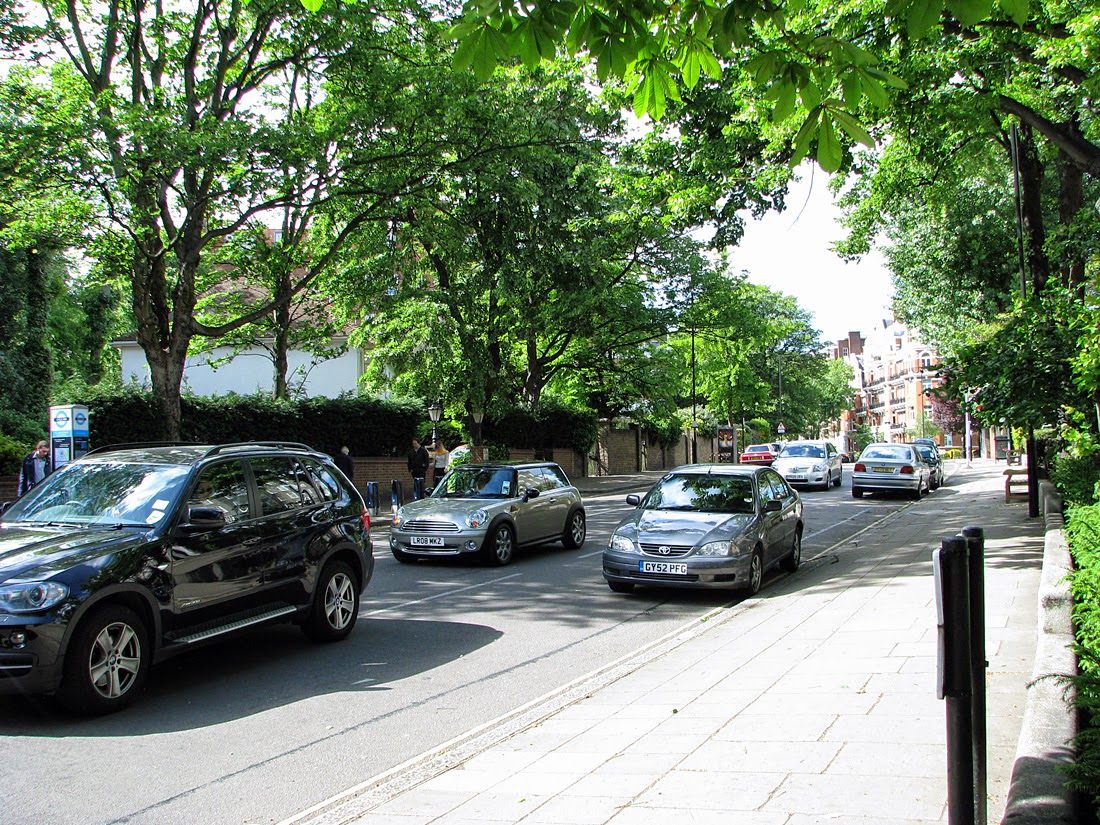 Thank you for these. 7 Cavendish would be a dream. I hope McCartney never lets it out of his family (unless he'd like to sell it to me in which case I'd better find 16 million pounds).

It's actually oly worth 10 million pounds. Not that it makes any difference. And I hope when he dies he leaves it to the national trust like all the other houses. Then I can go inside and take a look.